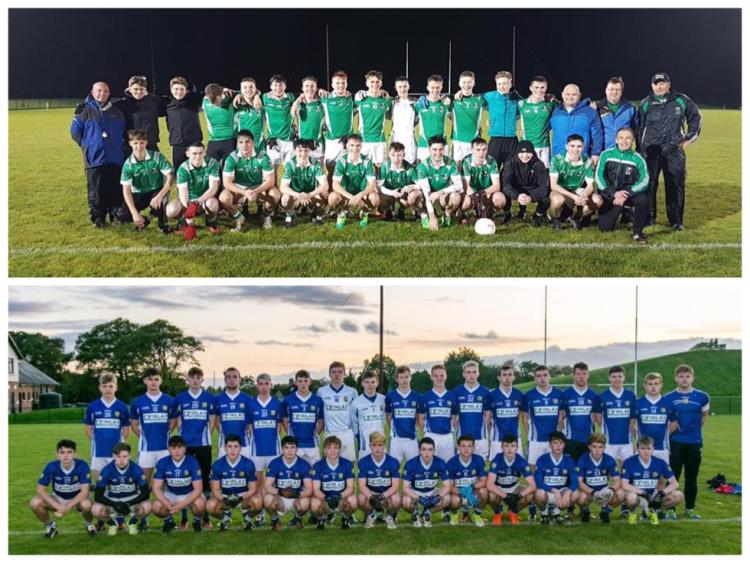 The Geraldines look to have it all to do on Sunday when up against an Ardee, St. Mary’s side who are yet to lose a competitive match in 2017.

Backed by Louth minors Liam Jackson, Ciarán Keenan, Conor Gillespie and Philip Trainor, the Deesiders are chasing a first crown at this grade in 30 years – and their first as a sole entity with their previous titles having been claimed in amalgamation set-ups.

The Gers on the other hand are competition specialists. Sunday will be their seventh final in 11 seasons and should they prevail, it would be their fourth victory in the same time.

Both endured tough semi-final ties. Indeed, it took a replay for the Gers to get past Naomh Máirtín last week where corner-forward Óisín Meegan starred with 1-2, including scoring the winning point at the death.

St. Mary’s were also forced to dig deep to overcome Cooley Kickhams in their last four encounter, turning a second-half deficit around to advance with six-points to spare.

Louth U17 Shane Matthews struck a sole-point in that match, however, along with the aforementioned quartet of Louth minors, he will pose a significant threat to the Haggardstown side’s rear-guard.

But Gers’ mainstays Dan Corcoran and Ben Mooney were integrally involved in Wayne Kierans' history-making Louth U18 team, and if Gerry Hoey’s side are to claim the Fr. Murray Cup this weekend, the pair will be crucial.

The sides are yet to meet in the minor league, though, you would have to fancy the Ardee boys, especially considering many of them tasted championship glory at U16 level last year.

Expect a keenly fought contest, but one where St. Mary’s will prove too strong.