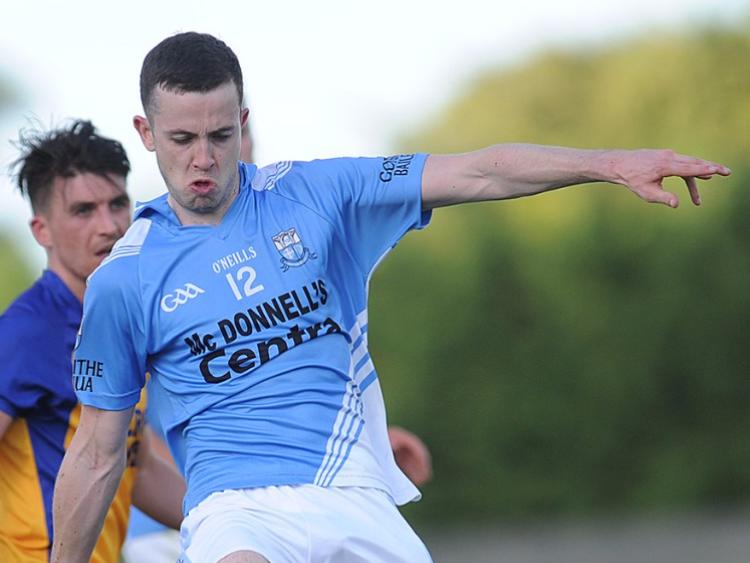 Robert Carr is well used to clocking up the miles.

As well as being a modern day half-forward on the field, off it, the Newtown Blues attacker is living in Stillorgan, working in the Grand Canal Dock and commuting home a couple of nights a week for training.

When you have a senior final to look forward to, the trips are made worthwhile.

He expects to have quite a bit of defending to do against the Gaels this weekend, though, he prefers the more withdrawn role in comparison to where he first made his break onto the team, in the inside-line.

“I don't think it really matters whether we play the Gaels or whoever we’re are playing. If you are in the half-forward line, now you’re forced to defend and if you don't you get caught out,” Carr told the Dundalk Democrat.

“I think it is more of a case of not giving away scores than gaining them sometimes. Sometimes trying not to lose the game rather than win it if you know what I mean. Especially with the way the Gaels are playing, they seem to be flying on the counter-attack, so, we’re definitely going to have to track back and mark runners and make sure they don't get an easy break on us,” he added.

He continued: “It's sometimes easier to get on the ball when you don't have a sweeper playing right in front of you. You have a license to roam and move about the pitch whereas if you’re inside it can sometimes be that the ball isn't coming in.

“The way Smiley (Blues manager Ronan Phillips) has set us up has allowed us to express ourselves. If you make a mistake it is not the end of the world. I think the lads are just enjoying their football really.”

Having started the last final in 2013, this Sunday he will look to share that experience with his younger brother, Kevin – a consistent performer for the Louth senior team this year.

“It will be nice,” he paused. “I’m not on the same wing as him which is a bit strange, but Kev's come on leaps and bounds this past few years,” the former UCD student said.

“Playing with the county has really drove him on and his attitude has always been very good. It is always enjoyable to play with a player who is as committed and driven as Kev. Given that he is your brother makes it a bonus.”

You can envision the brothers honing their skills by marking each other in the back garden, but is this the case.

“Not quite,” he laughed.

“But we used to go down the field when we were younger and I'd go as a forward and the first time we did it I got a bit of a shock when he put me on the floor!

“My dad was laughing at the two of us, but I knew from when he was 14 or 15 that he was going to be a very good footballer. Hopefully he can show that and help us win Joe Ward on Sunday,” Carr quipped.