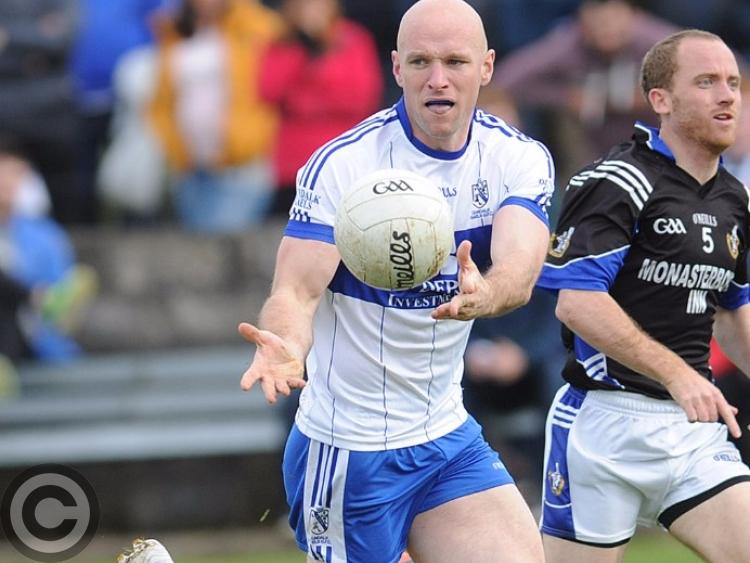 Like with every doting mother who takes an interest in a player’s sporting career, Jamie Faulkner is never short of a message or two from his household before taking to the field for a game.

“There’s two things she says to me, ‘no fighting and watch the knee’,” he laughs.

Not that the advice is taken too literally, regarding the injury that is. Faulkner’s had five operations on his right knee and returned without quibble on each occasion.

He tends not to think about how the physical toll of such medical treatment will affect him in later life, preferring to focus on the prospect of achieving his career-long ambitions and winning the Joe Ward. Not even working abroad has deterred him.

“I’m 30 years of age with five operations behind me and I can’t train all the time with work commitments and even just looking after the knee,” Faulkner told the Dundalk Democrat.

“My family would probably like me to quit because they’re saying with children possibly down the line and playing with them, and you have to look for work number one because I would have missed a year of work altogether with operations.

“The injury came from getting my foot stuck in the ground going for a ball one time. My kneecap shot out and it kept happening so eventually they took a hamstring tendon and strapped it around the kneecap to keep it in place.

“There was bone damage, as you can imagine with the kneecap continually shooting out. Although I’m feeling as fit, as fast and as sharp as ever, I know I can’t really push it too much,” he added.

An electrician with Mercury Engineering, a job which involves “running up and down stairs and ladders, and kneeling a lot”. Assumedly, he’s a strength and conditioning coaches dream, though, it does take its toll on the knee.

He spent 18 months working in Germany up until last March where he would fly home for league and championship matches. Though, he admits “it not the same when you’re not “training with the lads.”

After winning the Intermediate Championship in 2007, Faulkner made a pledge. Any success from there on in was going to be won at the senior grade.

He takes encouragement from what the O’Mahony’s achieved, insinuating that this year’s run is not set to be a once off. And while far from sceptical about their chances against the Blues, like the O’Mahony’s in 2015/16, he feels the Gaels have that “bounce back ability,” that if Sunday is not to be a success, their time is near.

But, would a championship medal make-up for his mother’s persistence?

“I don’t know whether it makes up for her,” he quipped.

“But this is what we have been working towards since 2007. It took us six-years to get past the quarter-final stage.

“This was our fourth go at a semi-final and it’s amazing just to get there, but by no means are we going to make up the numbers. We’re going to win the game.”