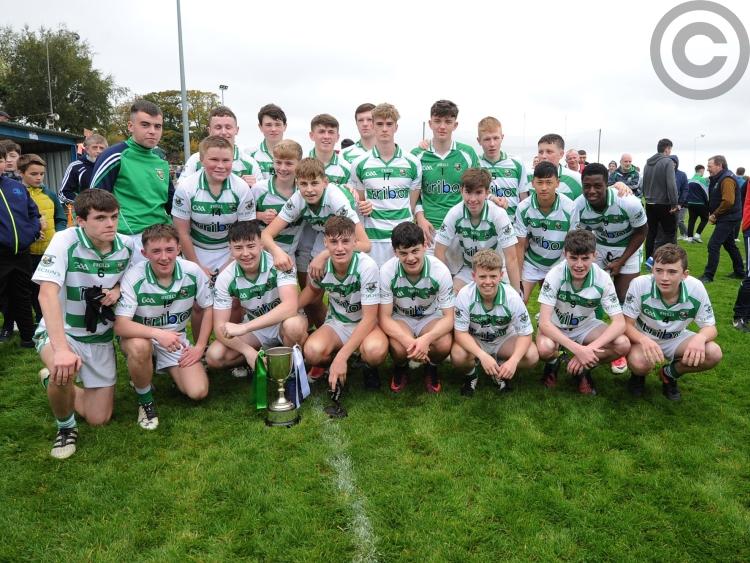 St. Fechin's simply never gave up on their quest to capture the Louth U16 Championship title, and their perseverance was rewarded with a surprise victory over Ardee, St. Mary's in Dunleer on Sunday.

In an entertaining battle, Ryan Walsh gave a virtuoso performance for the Termonfeckin men, leading his team to the title on a two-point margin.

Losing captain Tom Jackson to injury early in the first-half rocked the Ardee youngsters, but as scorer-in-chief Jonathon Commins - himself having to shake off a knock - found his stride, the Deesiders took control.

The centre-forward ensured St. Mary's recovered from three-points down before pushing four ahead by the end of the first-half.

And the favourites, Ardee, looked like racing clear early in the second-half, however, Walsh would not relent, notching seven-points and setting up a penalty which he dispatched himself.

Well aided by Paul McEvoy and Adam O’Neill, St. Mary's were unable to mount a successful comeback, leaving the Hoops to claim the Dermot O'Brien Cup.