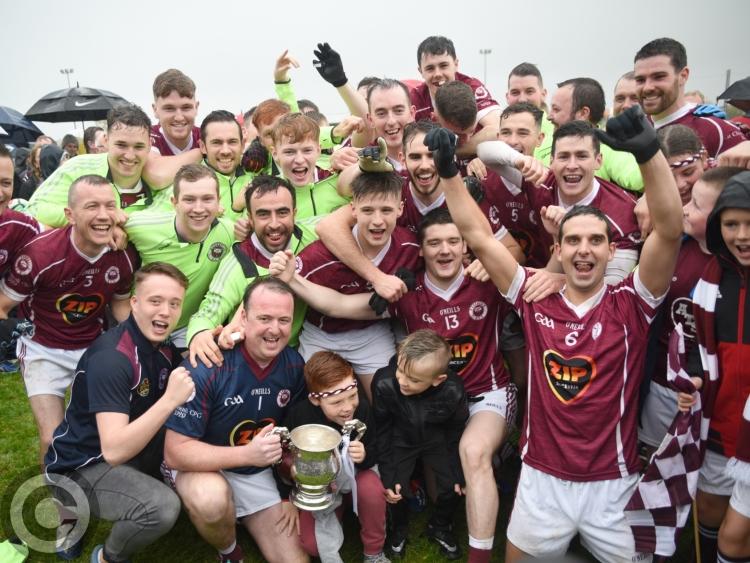 The magnificent O’Connell's are the Louth Intermediate Football champions.

A year on from double relegation in both championship and league, they bounced back in style to take the Seamus Flood Cup back to Castlebellingham, with a six-point victory over Clan na Gael in Dunleer this afternoon.

In contrast, it was groundhog day for Clan Na Gael as the repeat of the 2012 final brought the same outcome.

The match was never really in the balance as Paddy Bates' side always looked on their game, while the Clans looked off theirs.

Through the haze of Dunleer, Niall Conlon shone. The tricky full-forward proved just too elusive for the Dundalk defence, shooting five-points on the day, four of which came from play.

Billy Smith kept the Clans in touch with frees, but for Mark McCann’s side, it just wasn’t their day as they failed to raise a gallop.

O'Connell's substitute Sean Connolly - goalkeeper in 2012 - poached Seán Smyth, the Clans netminder, and buried the killer blow right before half-time. It was a blow which helped the 'Bellingham men to a 1-7 to 0-3 interval lead.

And Man of the Match Jackie Agnew stormed into the second-period firing two points in a row to remove all doubt on proceedings.