The O'Connell's man who 'ran the line' at Croker...

He's also the club's historian in all but name 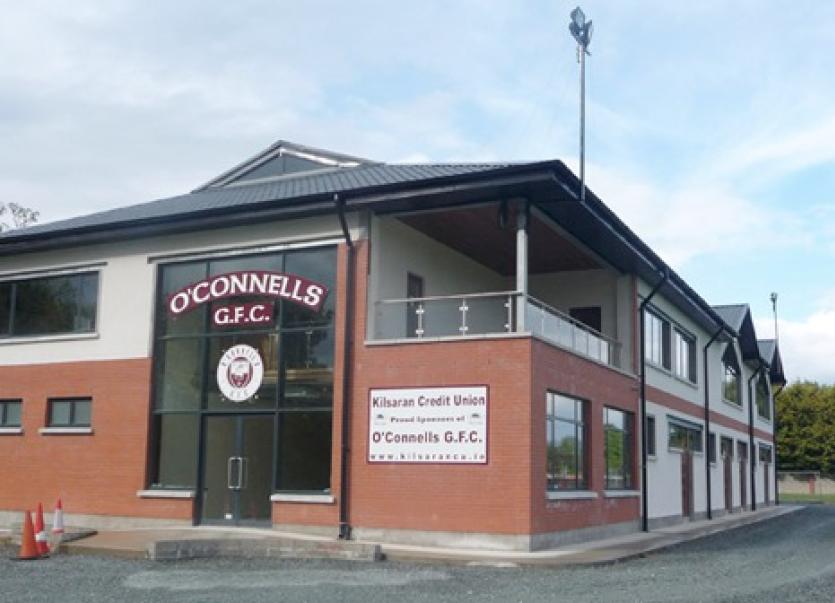 There is nothing worth knowing about football in Castlebellingham that George Connolly is unable to recall. Despite never playing for the O’Connell’s, he is nonetheless one of the club’s greatest ever Gaels.

Indeed, he tells the club’s history as if present for its entirety.

“I was born and bred in Bellingham,” Connolly told the Dundalk Democrat.

“There was always a team in Bellingham. They were called Castlebellingham GFC until 1929 until they changed to the O’Connell’s. I think it was something to do with Daniel O’Connell and they have been called that ever since,” he said.

“The Grove opened its gates 130 years ago on February 22nd last. It opened in 1887 and is in existence since. Be jaysus, though, I wasn’t there.

“O’Connell’s were 50 years in existence in 1979 and my wife, Maura, typed the book, not on an electronic machine like they have now, but on an oul think you used to have to batter, and I did most of the spadework,” he added.

While anything but a prominent player, by his own accord, Connolly wasn’t shy in partaking the game in the capacity of a match official.

“I never played football, but, would you believe it, I ran the line in Croke Park, in Clones, in Navan and in Pease Stadium in Galway,” said George.

“I ran the line in every village in Louth, Dundalk, Drogheda and Ardee as well. I ran the line for two great Louth referees, Mickey Joe McArdle and Paddy Hughes. I did it with a brother of mine, John.

“They were the two best referees in Louth and I ran the line for them. And the 1961 All-Ireland final was between Offaly and Down. Mickey was down to referee it and I would have done the line.

“John Dowling was the Offaly County Board chairman at the time and he was a prominent referee at the time too. I think he refereed three finals in a row.

“As I said, Mickey was going to referee and I was going to run the line for the final, but Dowling got a team together and objected because he said Mickey was an Ulsterman, and he lost the final because of it and that’s a true story, every word of it,” he stressed.

When asked if he had a particular memory of his time involved in either the club, or as a linesman, he referred to a certain championship quarter-final without hesitation.

“It’s amazing that you ask me that question,” he said.

“In the local (pub), someone would say ‘bring up something about football’ every so often. Now I’m not the sharpest knife in the drawer, but I saw a lot while I was at it.

“I often say, in 1955, the quarter-final of the Louth Senior Championship was to be played at the Grove field and two teams from the one parish were down to play. The Volunteers of Darver and the Unknowns from Dromiskin.

“John always marked the field and I often helped him, so we went to mark the Grove field the day before. We brought a rule and a tape measure with us and before we were finished, John said we better measure this square right because there could be trouble tomorrow.

“A Haggardstown man was the referee and he gave a penalty for the Unknowns into the road end goal of the Grove. John ‘The Boiler’ Morgan, who would play with the Young Irelands after that, scored and the Unknowns beat the Volunteers.

“But the game was stopped by a well-known player that day so that he could go in and measure the square. I remember it like it was yesterday,” Connolly added.