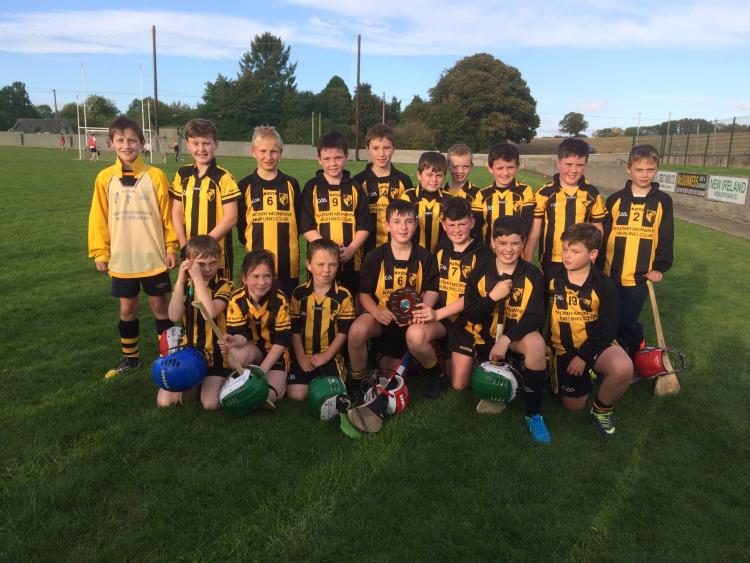 After a four-year domination by Naomh Moninne, there is a new name on the Louth U11 McCreesh 'A' Shield after St. Fechin's captured the title at a well organised blitz held in good conditions at Pairc Ui Chuinnigh in Knockbridge on Saturday afternoon.

Four teams took part in the competition playing in a round robin series of group games to determine the finalist. The combination outfit of St Kevin's/Mattock/Glen Emmets won all three of their group games to clinch their place in the 'A' Final.

St. Fechin's joined them in that Final but needed to beat Naomh Moninne in the last round of games to seal their place. Holders Naomh Moninne had to make do with a place in the 'B' Final against host club Knockbridge.

The 'A' final was a keenly contested affair with the sides tied at 0-2 a piece at the break. St Fechins upped their game in the second half to run out deserving winners by 0-6 to 0-2. Afterwards the 'A' Shield was presented by the Louth Coiste Iomana C

The 'B' final was also a closely fought affair with Moninne leading by 1-0 to 0-0 at half time and they did just enough to hold out for a 2-0 to 1-0 win. Afterwards Sean Byrne presented the 'B' Shield to the Naomh Moninne captain James Byrne.