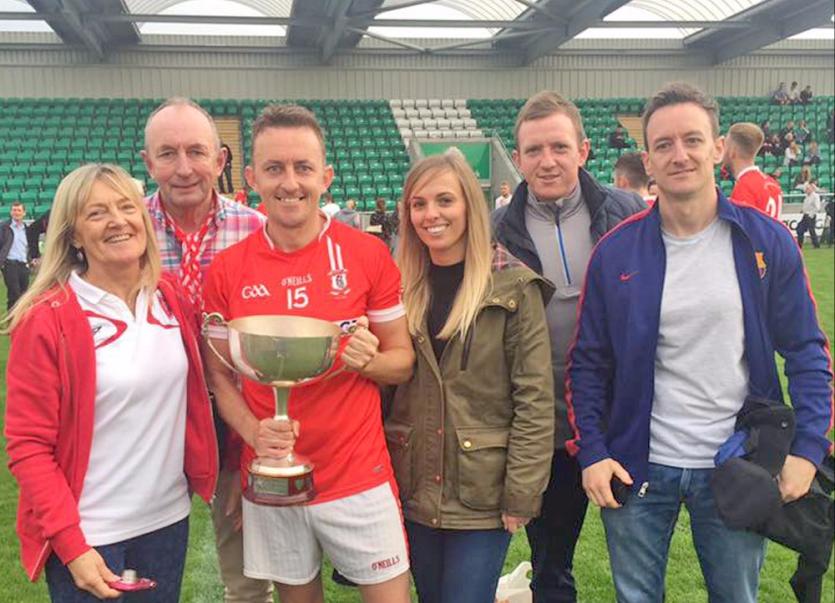 Annette and Benny McArdle, Lisa McKeon, Éanna and Conall McArdle with Fiachra McArdle and the London IFC trophy in Ruislip on Sunday.

McArdle, whose brother Éanna has been a mainstay of the Gaels team this season, scored 1-8 of his side's 1-11 total as Cuchulainn's ran out two-point victors over Harlesden Harps in Ruislip.

And to make it all the more special, he had his family fly over all the way from Dundalk to watch him star in the the showpiece.