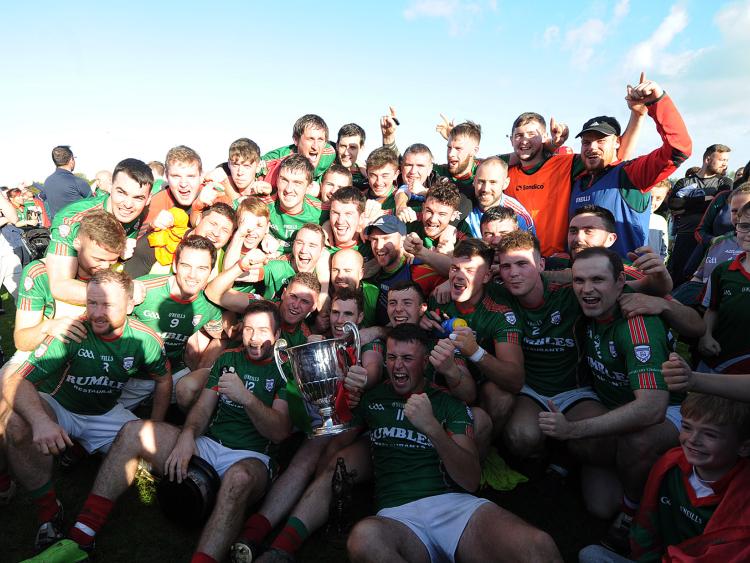 Once again, the Louth Junior Championship final flipped the conventional wisdom of those around the county on its head.

The showpiece was supposed to be a one-sided affair. Glyde Rangers were the overwhelming favourites, but this counted for little as Glen Emmets happily caused an upset.

Having been on the receiving end of a shock defeat to St. Kevin's exactly twelve months ago, at the same venue in Castlebellingham, the familiarity of the occasion had the Tullyallen men primed to perform.

In contrast, Glyde weren't involved in a final since this decider in '96 and evidence of a season in a league lower than their opponents told, especially when the game was in the melting pot.

The determined nature of the Emmets' win came just as the game was threatening to go to plan. Ciarain Sheridan pointed after he went on a mazy solo run, opening-up a three-point lead. At 0-6 to 0-3, Glyde were finding it and their men all too easy.

But, after that, Kevin Barry’s side knuckled down to remain in the game and once they did so, they never looked back. Glyde couldn’t handle neither the intensity nor their drowning sense of panic when things weren’t going as they were supposed to.

James Butler dragged the Emmets into contention. He missed the entirety of last year through injury and, in the mood to make up for lost time, he struck twice early on

With the game at a three-point crossroad, the wing-forward shifted the momentum with a resolute point against the run of play, before Andrew Mooney followed it up with a booming score of his own.

Then, the underdogs began to make even their supporters' believe. Ian Cusack added pace to an Emmets attack and, with the aid of a deflection, he buried a goal that set the alarm bells ringing for Mark Gilsenan’s team.

Conor Sheridan and the terrific Niall Sharkey did level, but Byrne and composure-personified David Bracken - 20 years after his first junior decider - gave them a two-point lead at the break.

The early stages of the second-half were disrupted due to numerous stoppages, ultimately contributing to the nine-minutes which would be added on at the finish. Emmets captain Tom Grimes went off, hospitalised with a fractured arm, but this set-back made them even more determined.

Play resumed briefly, only for another big stoppage. Eyes only for the ball, teammates Mark O’Brien and Cein Sheridan collided, O’Brien eventually had to make way.

This meant another long stoppage time, which, again, suited the underdogs just fine.

The classy Trevor O’Brien was a reliable outlet for Glyde all afternoon, he narrowed the gap before Sharkey levelled. O’Brien then gave them a lead but Glen Emmets wouldn’t be denied.

Ronan Grufferty grew into the game around the middle of the field and scored three crucial second-half points, standing-up when his team required him most.

His third levelled the game and Cusack punched over the bar when Glyde 'keeper David Brennan decided to punch instead of catching. You got the feeling that Glyde were now beginning to crack.

Then the winner. Butler had support inside in Cusack, but single-mindedly, he decided to take matters into his own hands and went alone. It proved the right option too as he cut inside to slot between the posts.

Glyde had chances to equalise at the death, however, the pressure became all too much for them with Brian Duffy and O’Brien unable to draw level, as the Tullyallen men rewrote the wrongs of last season's final heartbreak.