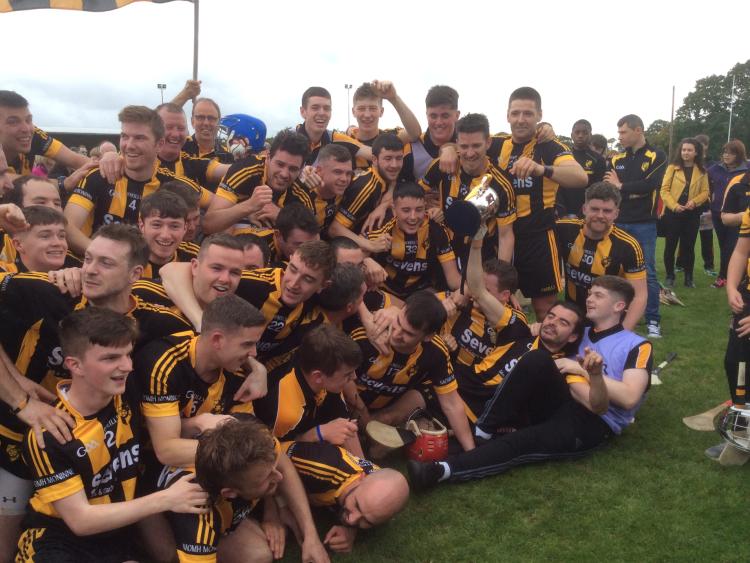 Naomh Moninne are Louth Senior Hurling Championship for the first time since 2010.

It was a disjointed contest in many ways, but one the Black and Amber shaded in general play and in Ronan Geoghegan they had the game’s most valuable player.  His ruthless application from deadballs was the difference. Eight, half of his side's entire total, came from the stick of the wing-forward

After a seven-year gap without a crown, St. Fechin's understandably could not match the hunger of the Dundalk side on the day. Paddy Lynch tried in vain to get his out of sorts side going, but when the draw was on the cards, Diarmuid Murphy rose to the occasion and Feidhelm Joyce powered through to seal the game.