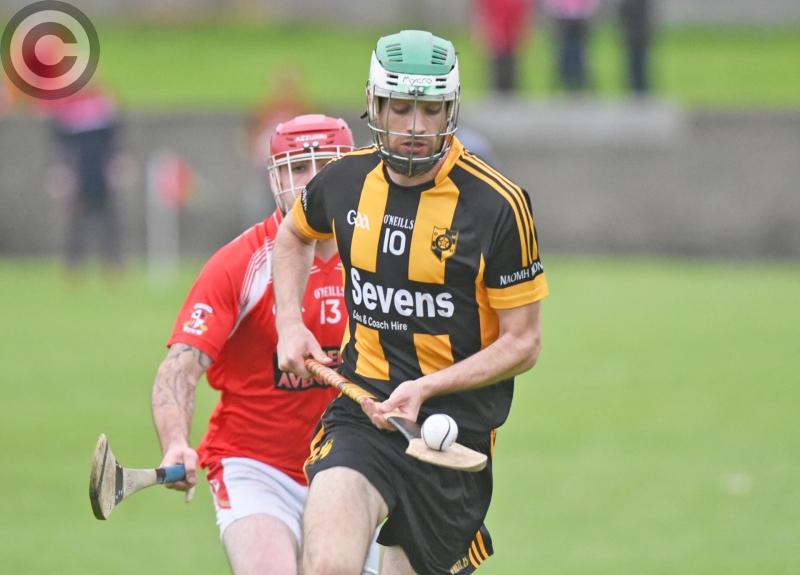 Holders St. Fechin’s are chasing a third title in a row, while Moninne are seeking a first title since 2010 and their 21st overall.

Moninne have been the competition’s form team, having taken the maximum return from their three group games to progress directly to the final. Included in their three-match streak was a nine-point opening round victory over Sunday’s opposition.

That performance on the opening night of competition was by far Moninne’s most impressive showing, whereas their subsequent victories over Pearse Óg and Knockbridge were much more workmanlike.

While being thoroughly deserving winners in both of those matches, you get a sense that caution held Moninne back. Having endured such a baron spell – without a final berth since their last title win – Moninne perhaps found it difficult to take the initiative and pull away from the teams who have exacted so much misery upon them in the decade-past.

Though, in coming through both games on the right side of the result, there is a belief that this year Brian Brady will lead the Dundalk side to Kelly Cup glory. In fact, it feels inevitable.

However, in their way is a Termonfeckin juggernaut who, while stuttering, are back in the decider and chasing a third championship title. Cathal Ryan’s side have made no bones about the fact progression in Leinster is high on their list of priorities in 2017, though they must first overcome Moninne.

Having never appeared in the final before their 2015 victory over Pearse Óg, the Hoops enter Sunday’s decider with a 100% record in senior championship finals.

On the basis of their early competition form, for them to have even progressed this far is testament to their winning mentality. Though, it also highlights a flaw in the competition logistics.

Following losses in rounds one and two, to Moninne and Knockbridge, St. Fechin’s recovered themselves to overcome Pearse Óg before exacting revenge on the ‘Bridge in the semi-final a fortnight ago. This has them back in the decider, a first ever final appearance against Moninne.

Free-takers Ronan Geoghegan (Moninne) and Paddy Lynch (St. Fechin’s) will undoubtedly have a big part to play this weekend. Geoghegan has hit 0-21 in three games for the Black and Amber, proving unerring against both Pearse Óg and Knockbridge, while Lynch’s 26-points guided St. Fechin’s into contention.

A tight match is assured, with Moninne’s name fated for the silverware.