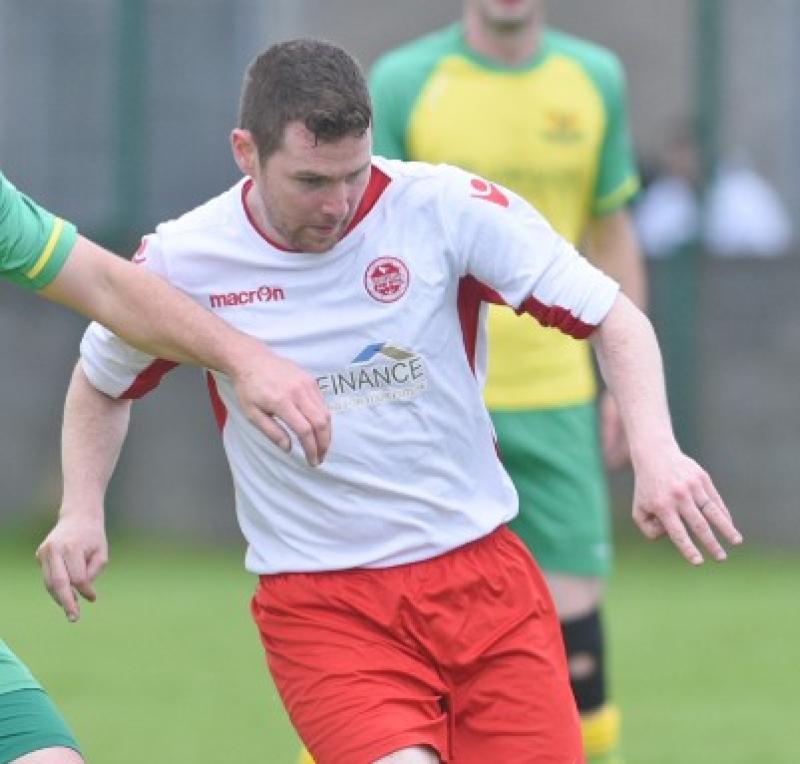 Des McKeown's strike midway through the second-half sealed a crucial three-points for Rock Celtic against Navan Town at Sandy Lane on Friday night.

The goal came on 65 minutes when great play down the left-wing saw Aidan Curtin slip substitute David Ward through. His shot was saved by the Navan 'keeper, however, McKeown was lively to head the follow-up to the net from 12 yards.

Apart from pulling a top-class save from Shane McCoy early in the match, Navan were unable to trouble the Rock rear-guard for long spells as the hosts took control.

Paddy Reilly and Des O'Callaghan had other opportunities for Rock, which, if they had been taken, would have made the closing stages a lot more straight forward.

As it turned out, Navan pressed forward in the final five-minutes in search of a leveller, but Rock held firm to claim a much-deserved win.