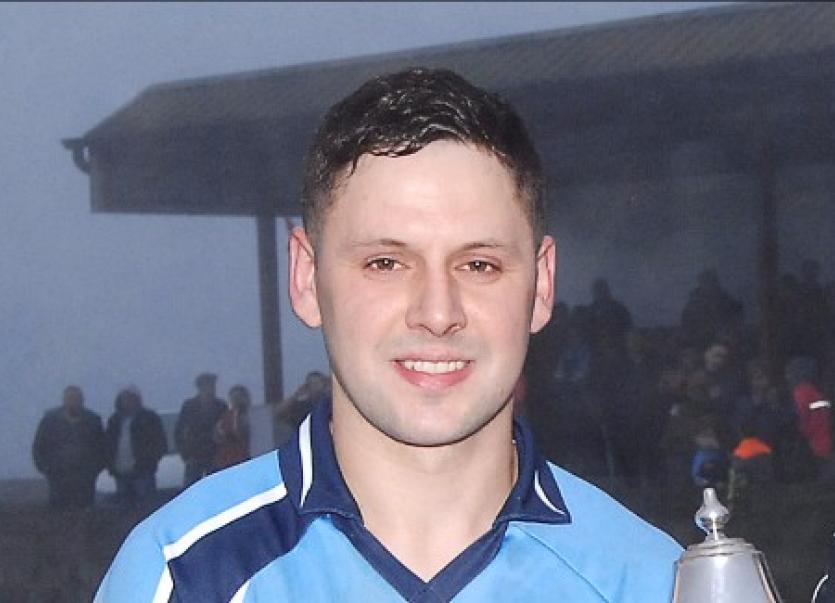 It would mean a return to the Intermediate ranks for the Tallanstown club in 2018, as well as completing the league and championship double. But, perhaps most significantly, it would give the captain a first championship success in adult football.

Having won a minor championship medal in 2001, aged just 15, O’Brien has long soldiered with the Tallanstown outfit without a championship success, an accolade which would see him fulfil a career-long ambition.

“I haven’t won a championship. I was 15 when I won the minor championship, but I’m 31 now and I haven’t got a medal since. Personally, I don’t feel that’s good enough,” he told The Dundalk Democrat.

“You can win leagues and that, but winning the championship is what it’s all about, and if you have to look back on your career with no championship medal, that would be very hard to take.

“But it’s also for the likes of David Devanney and Conor Sheridan - it would be great for them. They have probably been the most consistent players we have had over the last decade, so it would be perfect for them to have a picture with the trophy,” he said.

Glyde’s consistency this year, whereby the only blemish on their competitive record is the 3-10 to 4-7 draw with Roche Emmets in the opening round of the league, has drawn all sorts of admirers.

Not just in their players, both old and young, but in their manager also.

Having taken the job on the back of prolific success at colleges level with Ardee Community School, Mark Gilsenan has continued to impress in his first year as manager with the club. And O’Brien is full of praise for what the Corduff native has brought to the team.

“Mark came in and straight away, you could see that he was very organised. I personally didn’t know anything about him, but he’d worked with the likes of Conor McCullagh, Niall Sharkey, Dion Conlon and Aaron Devlin in Ardee.

“He was very straight talking from the start; he had a plan in his head and he told us the sacrifices we’d have to make. Like the pre-season we had, I’d say it was the hardest since Mickey McConville was with us (’08-‘09). We were out in the snow and on bikes a couple of nights a week and then his tactics; he has teams well checked out before we play them.

“He’s worked very well with Anthony Nulty and Shane Sharkey (selectors) and what we’re doing, it’s great for the parish and the fact that we’re doing this for our parish, Mark has brought that into team talks.

“It’s amazing what a run for the club can do for the local area, because everyone you meet at the moment is talking about the football.

“It’s draining when you’re not winning anything. When you’re not good enough and training is all about survival and then you add things like emigration and retirements into the mix, it’s tough to keep the whole thing going.

“But that’s all forgotten about at the moment with Mark. The buzz around the place is electric. I mean the place is hopping looking forward to it.”

The semi-final victory over Roche was impressive to say the least. A game which was billed as ‘the championship final’ saw the Tallanstown outfit steam roller their way through and the club’s skipper recognises how well they’re performing at present.

“The Roche game would have been our most complete performance. We had some tough league matches that helped us to get to where we needed to, but every game we got better and better.

“We’re peaking at the right time. We had a few bad performances earlier in the year, but the things we did wrong in games, we worked on them at training and going back to the Roche game, I couldn’t pick a player who did not do their best or who played below their best on the day.”

And if they can produce a repeat of their semi-final showing on Sunday, it’s hard to see Christy Bellew anywhere else but in the hands of Glyde’s veteran forward O’Brien.