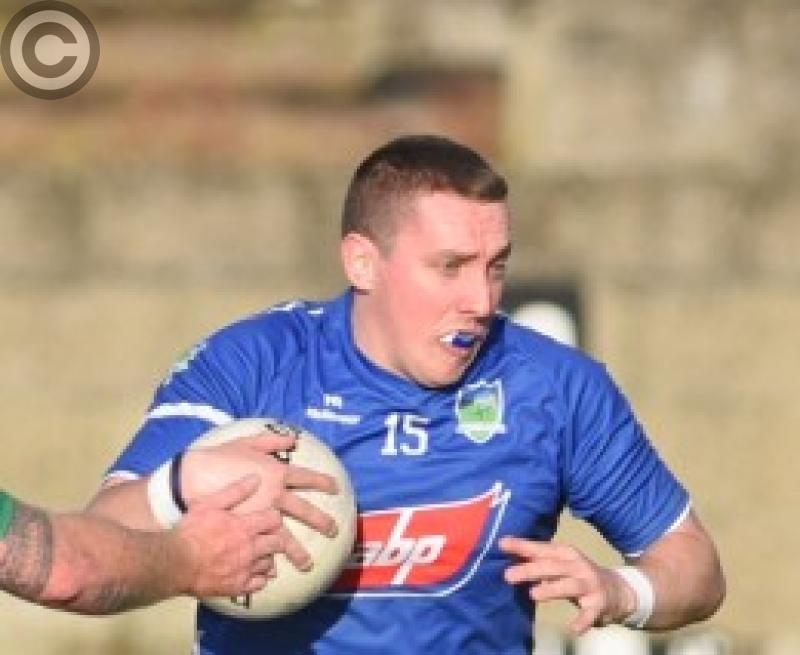 In 2014, Roche were relegated from the Intermediate Championship. Barry O'Hare, the scorer of 0-12 in the relegation game versus Naomh Malachi, missed with the last kick of extra-time as Emmets suffered the drop.

Three-years on, and charged with kicking the score to send his club back to Division Two, O'Hare nailed a 64th minute '45 from along the left-hand touchline as Roche lifted themselves back up a level two-years after suffering league demotion.

O'Hare was having a poor game by his standards up until that point, however, he exemplified his big game mentality with that kick, a point which was subsequently followed up by a minor from Cathal Byrne. That sealed the victory, but O'Hare's secured it.

Na Piarsaigh were arguably the more accomplished outfit on the night. Already with a thread-bare squad, injuries to David Boyle, Des McCann and the excellent Robert Murphy during the match hindered their attempts at retaining their Division Two status.

The Naps trailed from the eighth-minute, when Eugene Murray palmed in Roche's first goal, until Murphy converted a free-kick with 52 minutes played. It looked at that point that Damien Shiels' men were finally going to seize the initiative.

However, after David Quigley forced a '45, O'Hare showed nerves of steel to point from an incredibly difficult position in forcing Roche in front - a lead they couldn't relinquish.

The Rock Road men, despite going to the break level 0-4 to 1-1, will regret their eight first-half wides and the fact that they didn't capitalise on their second-half dominance where, having conceded 1-1 shortly after the break, they reeled off five consecutive points to go ahead.

Dan O'Connell levelled for Roche before a frantic finish looked to have been topped off when Dermot Carthy - recovering from an earlier miss - dropped over a lead point for Roche. But still the Naps fought back with Ciarán Murphy drawing the teams level for a fourth time.

In a subsequent move, Alan McCartney launched a high, hanging ball onto the Roche square and after some scrambling, the men in blue hacked it clear, forcing the '45 at the opposite end from which O'Hare decided the outcome.

And just like Roche three-years ago, it was a most cruel way for the Naps to lose.