Andrew McArdle's side will face St. Fechin's in Sunday's decider 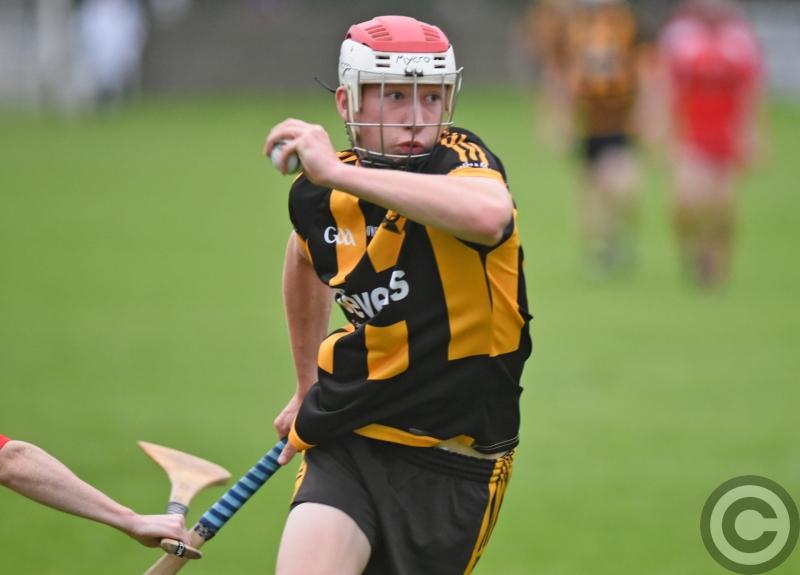 Captaining your club to a championship honour is arguably the most appealing prospect for any GAA player. The feeling of holding aloft silverware at the end of a hard year’s graft to the delight of you team mates and the community.

Before any county final, along with the buzz and the excitement around the villages and parishes, there is a certain air of caution as for every winning captain, there will be a losing one.

And as much as they may want to refrain from tempting fate and thinking too far in advance, captains do think about what it may be like to raise aloft your county’s most coveted honour, and Naomh Moninne captain Andrew McArdle is no different.

“I think about it every single day,” McArdle told The Dundalk Democrat ahead of Sunday’s hurling decider against St. Fechin’s.

“It’s going to be a special game, but it doesn’t feel as if it’s anything new either.

“We knew that if we won our last group game that we’d be automatically into the final and since then our mindset has been on counting down to the September 24th final,” he added.

Last winners of the Paddy Kelly Cup in 2010, Moninne have endured a baron spell since then with not even a championship final, never mind a title, to their name.

However, despite suffering frequent disappointments, keeping the club’s first-team in competitive action wasn’t difficult, according to ‘Smiley’, such was the level of their growing underage produce.

“The seven-year wait has been very intense and while it mightn’t be for some of the older fellas, you can see that it’s a ‘novelty’ for the younger players, it’s their first senior final.

“Personally, in those seven-years, I never felt we were that far away from a final because there are so few teams. A final never felt elusive and I wouldn’t say that keeping going through the years was tough either. It was frustrating, but not tough because we love playing hurling.

“I’d say this year we were that bit more driven from our disappointing results in other years. But hurling never once felt like a chore.

“We have quite a lot of juvenile stock coming through at the moment and that’s all down to the work that has gone in. There are a lot of people who put in hard graft and effort and building an underage structure up takes time.

“But we all took our turns training kids on a Saturday so it’s great to see the fruits of that coming through.”

Indeed, McArdle hopes their budding stock will gain an experience from Sunday that will stand the club in good stead moving forward. It may even spark a dominance of the competition, one similar to Knockbridge’s in the noughties.

“The younger lads are talking about this weekend a lot and I suppose if we win, you’d like to think it would (begin a period of dominance),” said McArdle.

“Getting to a final is a big thing for the younger fellas and you’d be hoping that winning it would inspire them to want to win more. A win might even attract fellas into playing with Moninne, so winning this would be huge for the club in general,” he added.