For every winning captain, there is a losing one... 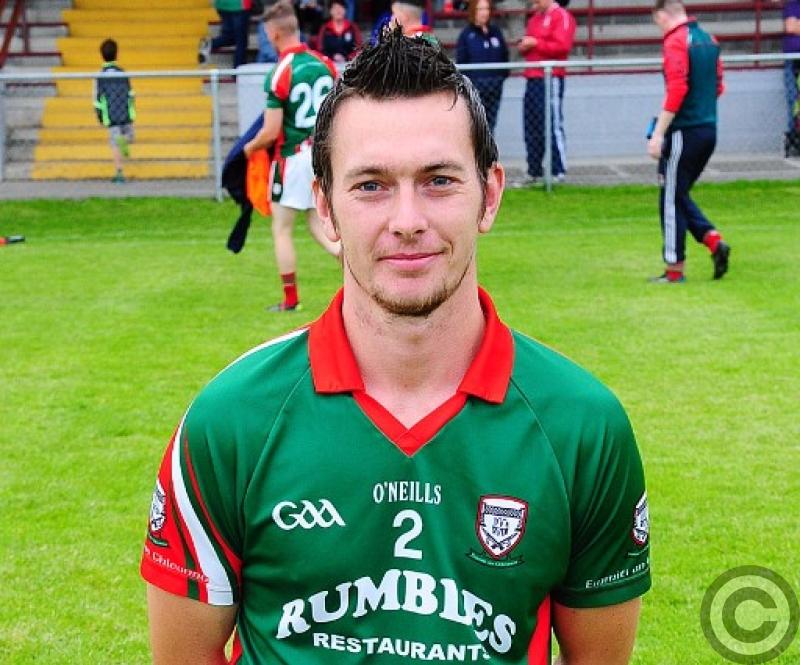 Watching his opposite number - St. Kevins' Liam Boylan - being presented with the Christy Bellew Cup last year was a difficult pill for Tom Grimes to swallow.

Considering the build-up whereby Emmets were unbackable favourites, Grimes was primed to all a second Junior Football Championship to his medal. Only this one would have been as captain.

Having been part of the surprise success in 2012, Kevin Barry’s team were on the opposite end four-years later as St. Kevin’s produced arguably the final shock of the decade in Castlebellingham.

“Like after every final you lose, I just wanted to get as far away from everyone as possible,” Grimes told The Dundalk Democrat ahead of this weekend’s showpiece.

“Living in Philipstown now myself, it was very close for comfort and to have lost the final by the minimum of margins made it even harder to accept.

“I know people may say otherwise, but we certainly weren’t anywhere near as complacent as people might have thought going into that final.

“The Kevin’s were very well organised and with a young, fit team, they were just better on the day,” he added.

Their title victory of 2012 came completely against the odds. It was a victory that instilled belief in the Tullyallen side that they were capable of competing at a higher level.

Though, they claimed that title while operating out of Division Three. Indeed, their 2012 league campaign was one to be written off. That year has taught Grimes a valuable lesson though, league placings and status is irrelevant in the championship.

Emmets entered this season’s competition as the highest ranked team courtesy of their Division Two status.

He feels the game is faster at that level, though it’s nothing that they haven’t been prepared for.

“Kevin (Barry) came back to us in January and the first thing he spoke to us about was staying in Division Two and we did that.

“He never spoke about the championship at all.

“This year probably does feel a wee bit different because teams are not as familiar with us because we haven’t been playing each other, but we knew the first game against Stabannon was going to be a tough match because there’s never very much between us.

“For years we were trying to get to Division Two where you’re getting 11 matches against a higher standard of opposition compared to five or six in the championship all going well, so having stayed safe in Division Two, it was very important.

“Whether or not we’ll call this year a failure if we don’t win the championship, I’ll be able to tell you better on Sunday evening,” he quipped.

The losses of Conor Grimes and Rúairí O’Neill, the star men in 2016, left a huge void in the Emmets attack. Ronan Grufferty and James Butler have stepped forward in their absences, though Grimes feels the team itself is much the stronger without the ‘so-called’ star men.

“We felt at the start of the year without the lads that this was going to have to be a real team effort, without the so-called individuals,” he said.

“We knew if we wanted to get to where we wanted to that everyone was going to have to pull together and so far this year, staying in Division Two and getting back to the championship final, it has worked.

“From the outset, people probably didn’t know what to expect from us and that’s probably carried through to now. But we have unfinished business with the championship from last year and if we get over the line on Sunday, it will be at the end of a lot of team effort and hard work,” Grimes added.