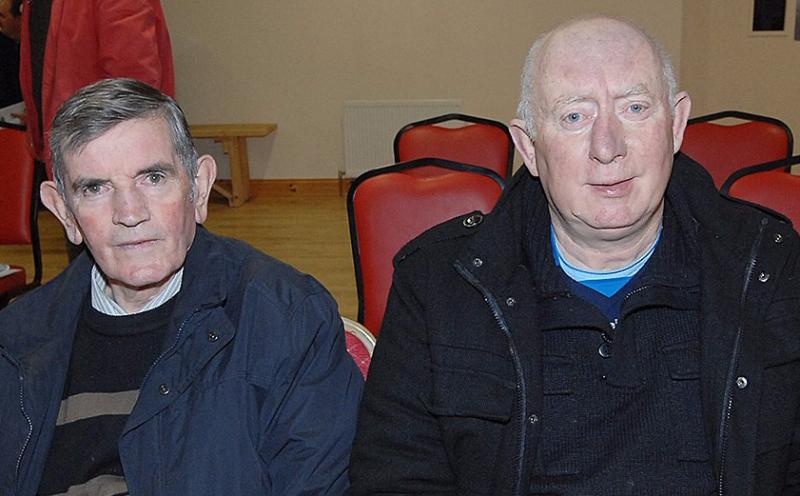 The man in the know at Glyde Rangers is undoubtedly Tommy Burns. A club stalwart who has seen four of Glyde’s championship successes over the years, the Tallanstown club’s secretary has Sunday’s Junior Championship final to look forward to.

Speaking ahead of this weekend’s Christy Bellew decider, Tommy came uo with a few quirky facts that would have the superstitious type putting a wager on the Sky Blues for the title.

The gap between the triumphs of ’69 and ’90, all of 21 years, is precisely the gap to Glyde’s most recent championship success. During their previous two decades of waiting, Rangers reached two successive senior semi-finals (’77 and ’78), as they have also done during their most recent wait.

Mickey McConville led the west-Louth men to the last four in competition for Joe Ward in ’08 and ’09.

“We were never struggling to win trophies during the famine between ’69 and ’90. We won Macardle Cups and other subsidiary competitions. Even through the 80s, we competed well enough in the championship.

“The early 90s was a sickening period because we won the Junior in ’90 before going straight back down in ’91. But for the next three-years after that we were beaten in three finals back-to-back.

“In ’92 we lost to the Mitchels, which should never have happened, but on the day they were better. The same in ’93 to Na Piarsaigh. We had beaten them well in the league weeks before the championship final, but again we didn’t perform on the day, and then in ’94 the Nicks should never have beaten us.

That success of ’96 featured the fathers of some of the current crop of championship finalists. Fiachra and Conor Sheidan, Ciarán and Cein Sheridan, and Dion Conlon are all seeking to emulate their fathers, Enda, Aidan and Martin, in winning the Junior Championship title.

Though, seeking to add to his haul of championship medals is Gavin Duffy, a man who, according to Tommy, is chasing his seventh championship medal having transferred to the Tallanstown outfit from Cavan Gaels last year.

There is an expectation building in Glyde that this is their year to end the wait on a championship title, something which manager, Mark Gilsenan, has fuelled. Having watched many managers come and go during his time, Burns is well positioned to explain just how much of an impact the Corduff man has had.

“You just have to look at the likes of Brian Duffy and Trevor O’Brien to see it - they have been revitalised since Mark has come in.

“He’s come in and he has got through to all the players, more so than some of those who had the team previously. You can’t blame the others, though; the interest levels just seemed to go down.