The Black and Amber are in their first final since 2010 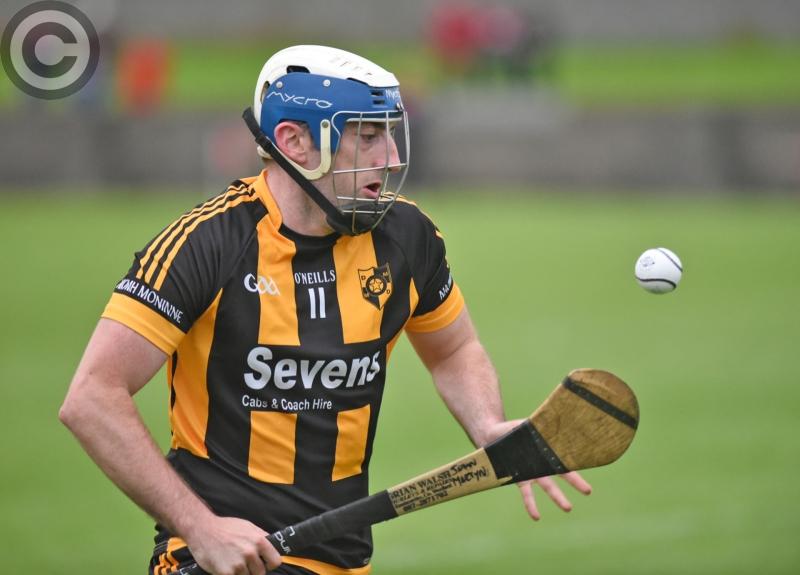 Installing belief into his players has proved to be Brian Brady’s biggest challenge since returning to the helm of his home club, Naomh Moninne.

While Moninne’s opening round victory over St. Fechin’s was comprehensive in its entirety, the Black and Amber struggled over the line somewhat against both Pearse Óg and Knockbridge, despite being evidently the stronger outfit on both occasions.

And Brady puts their shortcomings in terms of putting teams away down to not having enough belief in themselves as a team.

“It was down to belief,” Brady told The Dundalk Democrat.

“Nobody expected us to get to a final and none of the teams were expecting us to beat them. It’s taken us a long time to build that belief in ourselves, but that has multiplied on the back of those victories. I’m confident in the players going into Sunday, but St. Fechin’s are very good in finals and they have that winning mentality.

“I don’t think there is any pressure on us going into the game because they’re clearly the favourites. We were well beaten in last year’s championship, and that’s something that we have turned around this year having won the three group games by an aggregate total of 20-points.

“This club (Moninne) has had a lot of success, but quite a lot of it would have been before the current crop’s time,” added Brady.

Like St. Fechin’s, Moninne’s camp has been injury-hit ahead of this weekend’s decider with numerous players, including Johnny Carter and Diarmuid Murphy, nursing injuries. Though, Brady is ruling nobody out of contention.