Louth '57 team to be honoured at senior final

The 60th anniversary of the success is approaching 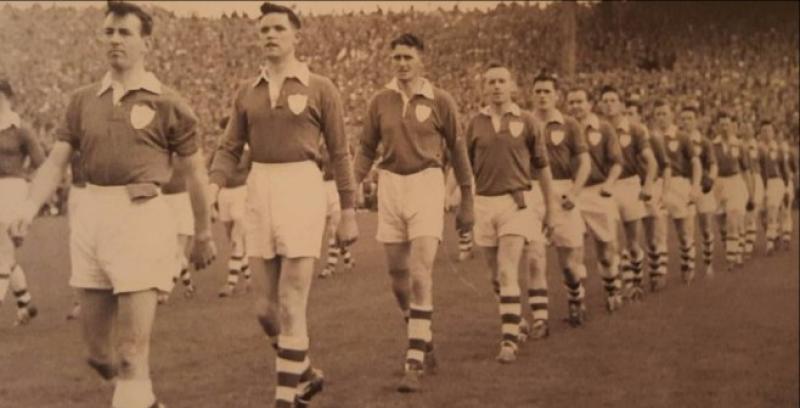 Louth's All-Ireland winning team of 1957 are to be honoured at next month's Louth Senior Championship final.

It has been arranged as an acknowledgement of the upcoming 60th anniversary of the triumph.

The heroes of '57 will also be recognised, along with the Leinster Junior Championship winning side of '66, at the county's awards ceremony.

That event is to take place at the Four Seasons Hotel, Carlingford on November 3rd.

The Democrat will be documenting all of Louth's All-Ireland final appearances in coming editions, beginning in today's paper with the Young Irelands bow in the 1887 decider.