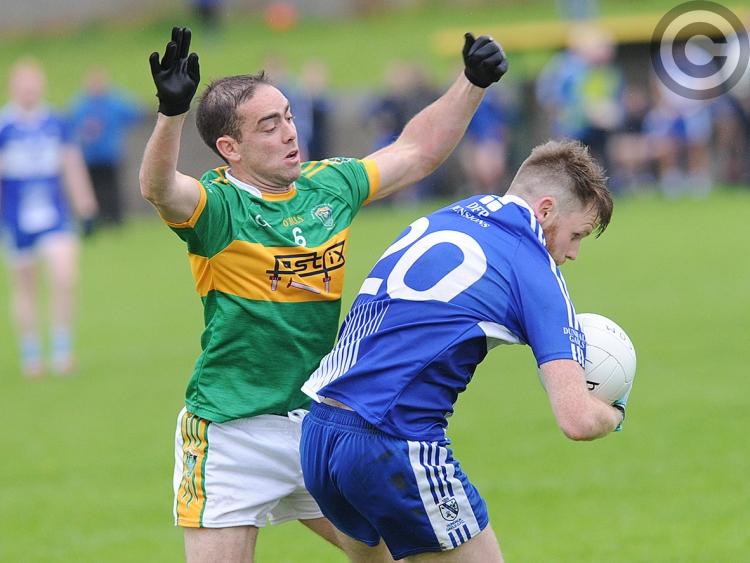 Gaels' Barry Watters and John O'Brien of the O'Mahony's in their drawn encounter. (Pic: Arthur Kinahan)

Many will feel the Dundalk Gaels missed their chance to catch their champions in Dowdallshill the first day.

They had the O’Mahony’s on the ropes in the first-half, but a 33-minute spell without a score saw them lucky to even salvage a draw. In the meantime, they secured a Cardinal O’Donnell Cup semi-final slot, while the O’Mahony’s fell to both Cooley Kickhams and Ardee, St. Mary’s in the league.

At the venue where the O’Mahony’s saw off the Gaels to book their final spot 12 months ago, the open spaces of Haggardstown should suit both teams.

Going by the formbook, the Gaels should prevail with David Moloney, Jamie Faulkner and Gerard McSorley playing as well as ever at the moment. Though, the O'Mahony's aren't Joe Ward holders for nothing and even with so many key-men, like John O'Brien, Ronan Byrne and Stephen Kilcoyne, coming into the game carrying injuries, they're a tough proposition.

Like a dog with a bone, Alan Craven’s holders never know when they're beaten, particularly in championship games and they should once more prove their credentials here.

Another enthralling battle lies in wait, one which should go to the wire. Though, the Point Road side's experience may just tip the balance.