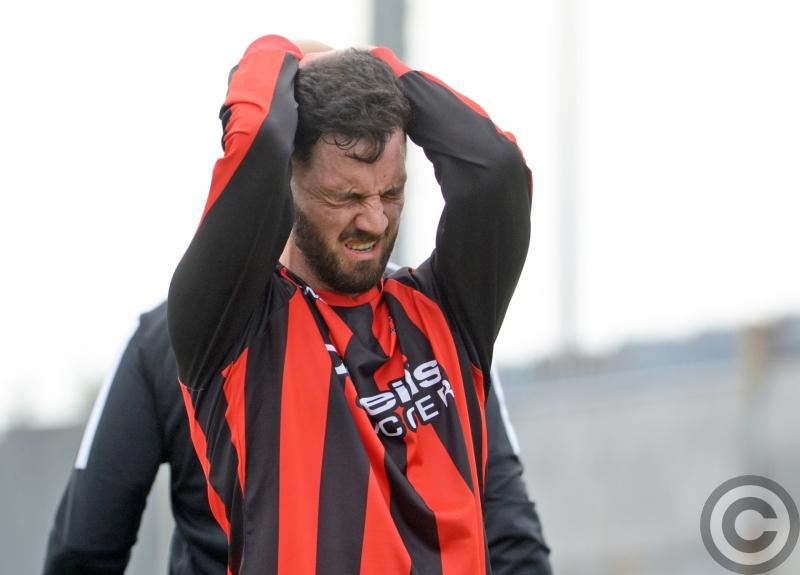 Bellurgan wasted the chance to go joint-top of the NEFL Premier Division after throwing away a 3-0 lead against OMP in Navan on Friday night.

With 70 minutes played, Wayne Conroy's men were in cruise control, however, a dramatic late collapse cost them victory.

Ciarán Sheelan opened the scoring for Bellurgan having been put through by his strike partner Owen Armstrong. And Bellurgan made it 2-0 at half-time when John Smyth converted a spot-kick after Sheelan's shot had been blocked by the hand of an OMP defender.

Brian White had a goal ruled out early in the second-half for the visitors before Sheelan scored his second of the match, smashing a low shot to the corner of the net.

However, the peninsula outfit conceded goals in the 72nd and 86th minutes before OMP stole a share of the spoils with an equaliser as injury-time approached.

And to sum-up Bellurgan's collapse, the second goal was an own goal from 'keeper Robert Arthur who was helpless to prevent the ball from hitting off his back and into the net.

The visitors went in search of a late winner, however, Jimmy Byrne's glancing header sailed narrowly over as Bellurgan were made settle for a draw.