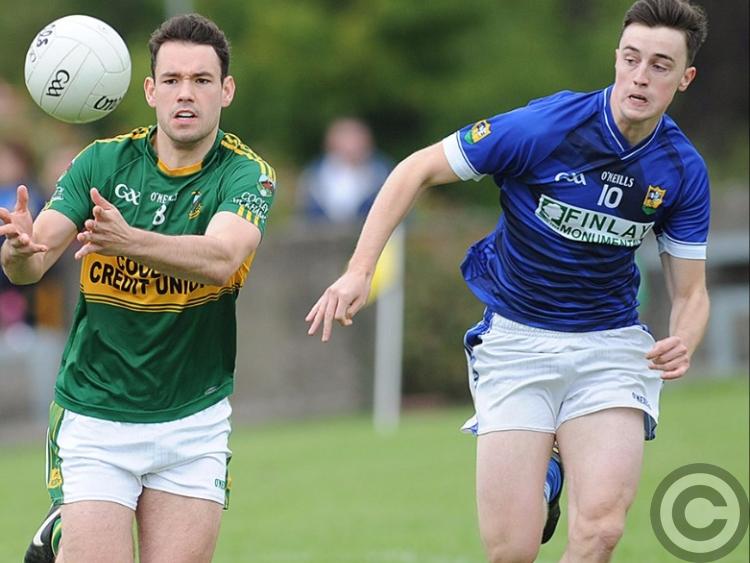 Attritional it was always going to be in the relegation slugfest between two traditional heavyweights of Louth football, Cooley Kickhams and Ardee St. Mary's.

And it was a heavyweight contest as both sides finished with 12 players.

Keith White saw red earlier in the second-half, for a second caution, but the bulk of the dismissals happened as a result of a melee at the very death of the game. Dean Matthews, Alan Kirk and Niall Eccles for Ardee and Patrick Sheelan and Thomas

McGuinness for Cooley each received their marching orders from Des McDonnell for their parts in the incident.

The game had faded out by that stage though, with Ardee having shown far too much for Cooley, who will now plan for their do-or-die game with Kilkerley minus the aforementioned trio.

The first-half was an even affair with a brace of points from Mark Fay restoring parity after Ciarán Sheelan had kicked three superb points from play for Peter McDonnell's charges.

And the game continued to follow that trend after the break with Ardee substitute Dean Matthews scoring two-points, with Sheelan and Louth minor Fearghal Malone offering responses at the opposite end.

Then came a goal from the most unlikely of sources, Ardee corner-back Brendan Matthews stormed up the field, linking with Paudy Clarke, before burying past Neil Gallagher at the near post.

Points from Alan Kirk tightened the Deesiders grip on the contest and, as the match headed for its inevitable conclusion, tempers boiled over.

The game's disappointing final act was a somewhat fitting end to the dogfight.