Mattock get over St. Mochta's challenge 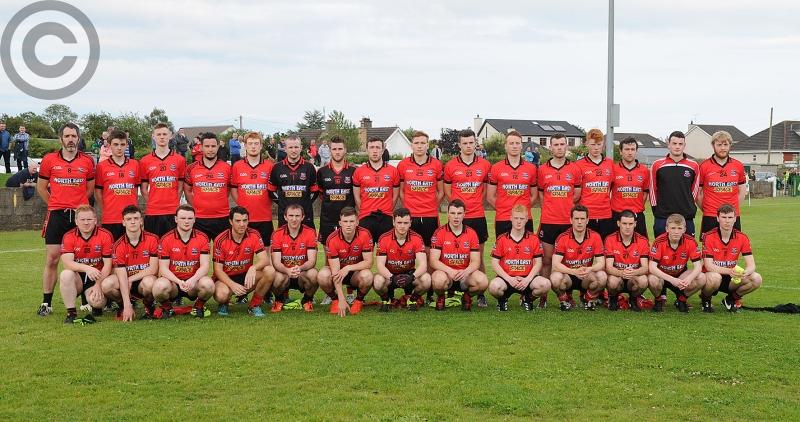 With three of the Intermediate Championship quarter-finals played last weekend, Mattock Rangers claimed the only remaining place in the last four with a toilsome eight-point victory over St. Mochta’s in Tallanstown on Saturday evening.

The Louth Village outfit had to overcome a difficult build-up to the game, but that didn't show as they brought resolve to the early exchanges.

James Caraher volleyed home a goal and struck two-points in accounting for all of Mattock's early scores, presenting John Kennedy’s side with the platform for victory in the process, however, it was St. Mochta's men who dominated as the first-half wore to a close.

The underdogs spent much of the second-quarter in the Collon side's half and cut the deficit to just two-points at half-time, 1-5 to 1-3.

Stephen McCooey made the breakthrough to score the Louth Villager's goal, having been excellently set-up by Louth minor Gerry Garland, though Terry Donegan and Aaron O’Brien scored well-taken points in subsequent moves before the break.

O’Brien continued his rich vein of form into the second-period by finding the net before Shane McMahon and Andrew English again narrowed the gap.

But, the introduction of JP Watters settled the balance of the game once and for all in the favour of last year's beaten finalists.

Having scored a great point off his left foot from wide on the left flank, the youngster provided the assist for David Reid who palmed Mattock's third goal to the net.

That was it for Ciaran Marks' Mochta's, whose championship challenge has ended.