Joe Carroll assesses the state of the Louth SFC 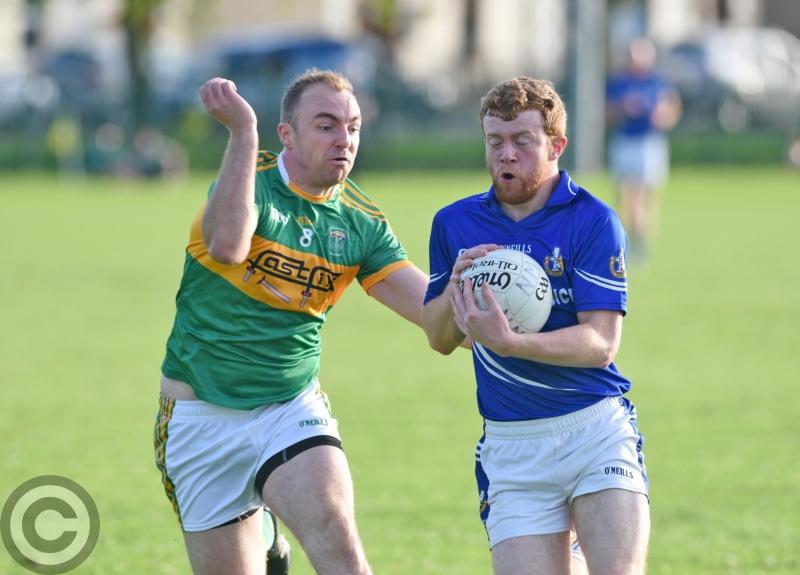 The Louth senior championship is at the quarter-final stage and the bookies are at odds – if you'll excuse that awful pun – in their assessment of the eight teams' chances.

One firm makes Sean O'Mahony's the 3/1 favourites, while on the other side of the high street the champions are as big as 9/2, with Newtown Blues and St Patrick's heading the market at 7/2.

Those who are betting shop regulars, most of them having misspent their youth, would understand those figures. Others, people who've had a proper upbringing and would cut the grass or do a bit of painting on a Saturday afternoon rather than try to come up with a winning wager, would be slightly perplexed.

Local GAA followers among the latter group, however, wouldn't need a crash course in betting shop parlance - or, indeed, machinations - to know that the race for this season's Joe Ward Cup is the most open in years. This is reflected in the odds on offer.

Figures show that as they kept adding to their tally of title wins, St Patrick's would never be any more than around 6/4, or even less, at this stage. The 7-times champions are among the eight still standing in this year's race, but are best priced at 5/1.

Here, we'll take a look at the runners, listed alphabetically and with best odds in brackets.

Dreadnots (9/2): Beaten finalists in the dim and distant past and twice in recent years. Have carved out more wins than defeats this season, but now shorn of some of the players who've got them to near the top of the league table. Like Saturday's opponents, Nh Mairtin, have yet to win the title. .

Dundalk Gaels (14/1): Get the chance to avenge last year's semi-final defeat, taking on Sean O'Mahony's on Sunday. Their jerseys carry a sponsor's logo for the first time; and it would please Eoin Doohan, not to mention many others, if 1952, the last year the Ward Cup rested on The Ramparts, was revisited.

Geraldines (7/1): More than a one-trick pony, but still heavily dependant on Jim McEneaney, whose father, Eamonn, is calling the shots from the sideline. Steered an unbeaten run through the qualifiers, claiming a significant win over St Patrick's. Will be suited by Dowdallshill's open spaces in their meeting with neighbours, St Joseph's.

Naomh Mairtin (11/2): Sixty years in business, but yet to play in a senior championship final. If it doesn't happen this year it surely will some time soon, given the club's dominance at underage. Long-time talisman, JP Rooney, is playing better than ever, while one of the young blades, Sam Mulroy, can look forward to an inter-county career to match the one enjoyed by his more experienced colleague.

Newtown Blues (9/2): If tradition counts for anything, have a head-start on the others. Renew rivalry with keenest of recent-year rivals, St Patrick's, and if successful will push the door wide open in the Drogheda club's bid to come of age.

St. Joseph's (33/1): before last Saturday's qualifier): Love it best when the odds are stacked up against them, as happened in the winning 1996 and 2006 finals. Outsiders in the intermediate final of twelve months ago and again in last weekend's play-off with St Mary's. Look what happened. Meeting with Gers is as local as it gets.

St. Patrick's (5/1): The last hurrah for the five longest servers? Maybe not. Victory would give Paddy Keenan, Sean Connor, the Finnegan brothers and Owen Zamboglou an eighth medal. Should that happen this quintet might then be tempted to try for a record-equalling ninth, emulating Newtown Blues' Jimmy Mulroy, Matt Murphy, Liam Leech and Blackie Judge. Ironically, it's the latest generation of Blues players who could prolong the wait for eight..

Sean O'Mahony's (9/2): Having passed a first major examination, now face a second which many contend is the more difficult to pass. Teams that have gone back-to-back will say it is something very special. Most of the 2016 history-makers remain on board, chomping at the bit ahead of Sunday's St Brigid's showdown.