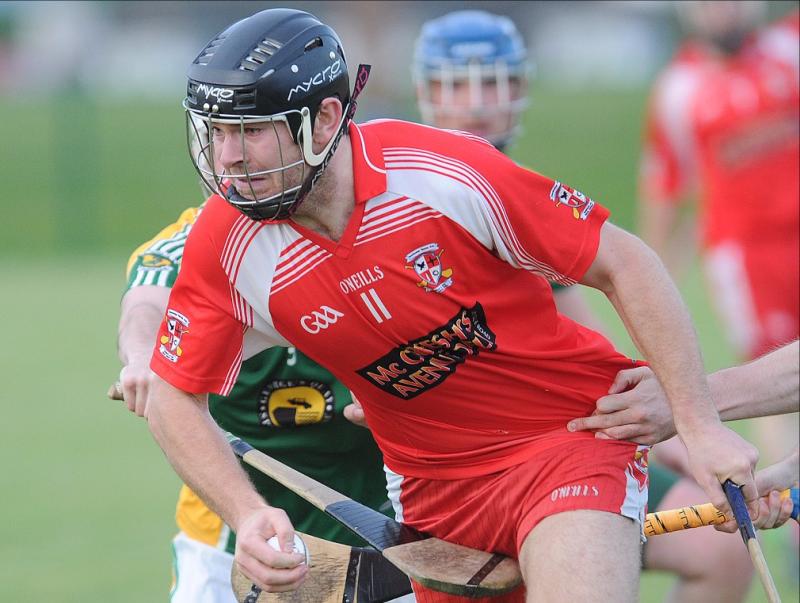 It was Knockbridge subs, Robert Wallace, David Dunne and Ciarán Deane, who had telling impacts, scoring 1-3 between them, including Dunne's late goal which broke St. Fechins' resolve.

The Hoops will surely look back and rue hitting 11 wides across the hour, with another seven strikes landing into the Knockbridge keeper’s hands. Their game with Pearse Óg next week is now do-or-die.

Cathal Ryan’s side scored the first two-points through David Stephenson and Michael Ryan. In that time, Knockbridge custodian Kevin McNally produced an outstanding save to deny Seághan Conneely and how crucial that moment turned out to be.

Peter Brennan got Knockbridge off the mark, though St. Fechin's scored three-points in a row to take a 0-5 to 0-1 lead.

However, Knockbridge struck for a crucial goal through Gavin Kerrigan. This was vital for the 'Bridge, who were playing against the breeze in the first-half, as they outscored the Fechin's 0-4 to 0-2 in the lead-up to the break.

A stunning strike from distance by Seán Marry had the 'Bridge 1-10 to 0-8 ahead after 43 minutes. However, the Fechins once again showed champion-like spirit to come back into proceedings. Sub Niall Devlin won back possession in the Knockbridge half, before laying the ball off to John Crosbie to score their goal.

The teams were level at 1-10 each with Paddy Lynch frees important for the Termonfeckin side.

Points were traded as the game continued to ebb and flow, but Knockbridge had the final say. The Reds scored 1-1 in the last few minutes to seal victory with Dunne grabbing the match-winning goal.