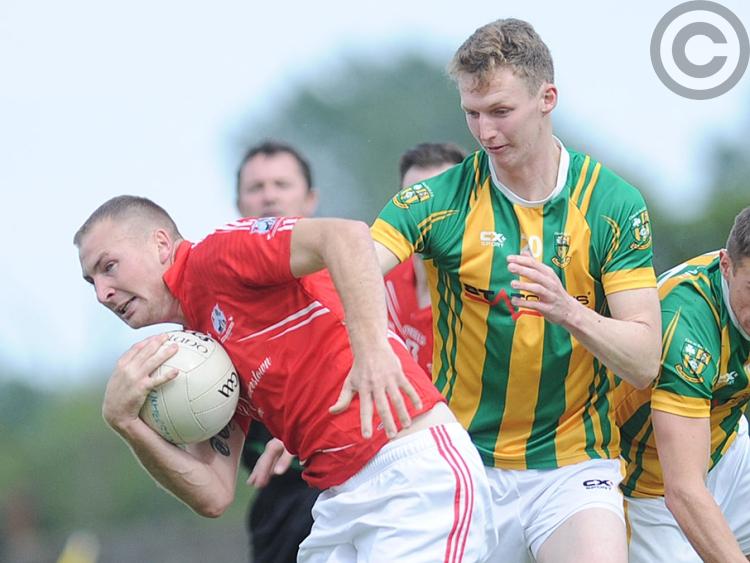 Clan na Gael and Hunterstown Rovers were so evenly matched at the Grove on Sunday afternoon that a draw looked the likeliest outcome in their Intermediate quarter-final meeting.

The game was always going to come down the fine margins and cruelly a misplaced hand pass in the dying minutes of the game from Paul Carrie left the door open for Clans' forward Mark Newell to find the unmarked Ray McCabe in oceans of space in front of goals. And the in form full-forward duly obliged in sending the ball to the net, putting the Ecco Road men in the semi-finals in the process

Both team set-up pragmatically to say the least, but Glen Matthews sparked the game into action midway through the first-half with a sweetly struck goal.

Before the break, Billy Smith scorched through the Rovers defence with a searing one-two with JJ Quigley and once inside the cover he buried it to the net.

Chances were harder to come by in an even second-half with Robbie Curran’s dead-ball accuracy a highlight.

While Carrie kept Hunterstown in touch throughout with steely free taking of his own as the nip and tuck narrative continued.

Every time one of the teams had notions of getting too far ahead, the other would claw them back; that was until McCabe added a goal to his sensational four-point tally in the closing minutes.