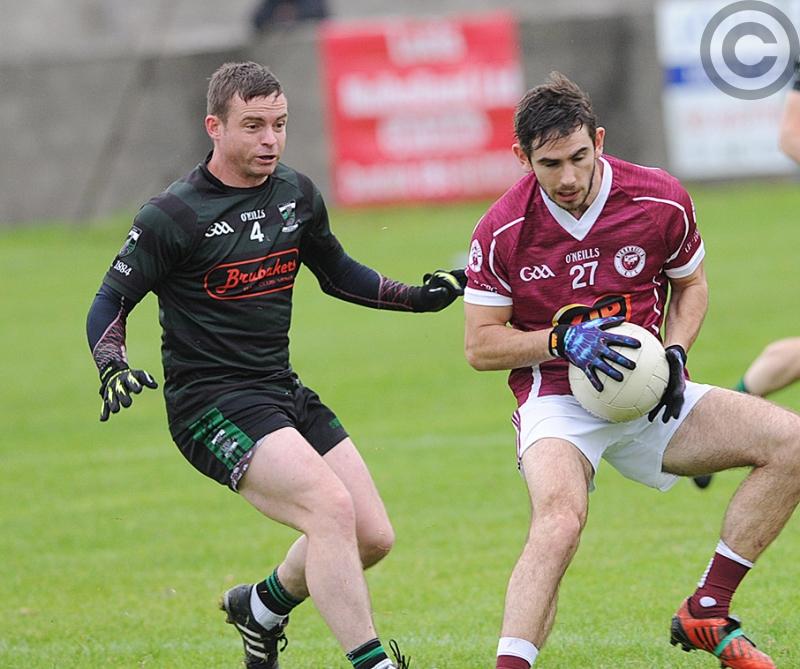 The Oliver Plunketts ensured their Intermediate status for another season with a comfortable victory over a depleted Dundalk Young Irelands side in the John Mitchels on Sunday morning.

Despite getting the opening score through the hardworking Simon Flynn, that was as good as it got for the Dundalk side as they failed to score again from play until Robbie Farrell’s effort on 22 minutes. The Plunketts led by 0-7 to 0-3 at the break with Trevor Walshe and Brodigan standing out while Luke Haggins and Seán Rice raised white flags.

The Plunketts led by 1-11 to 0-4 after 45 minutes with the goal coming from Cian Brady which was a fair reflection of the Drogheda side’s superiority.

Haggins, the Mell men's 'keeper, had to produce saves to deny both Seán McLoughlin and Dean Maguire at crucial times in the game and John Neary's men built on their custodian's heroics with David McTaggart's goal adding gloss to the scoreline.