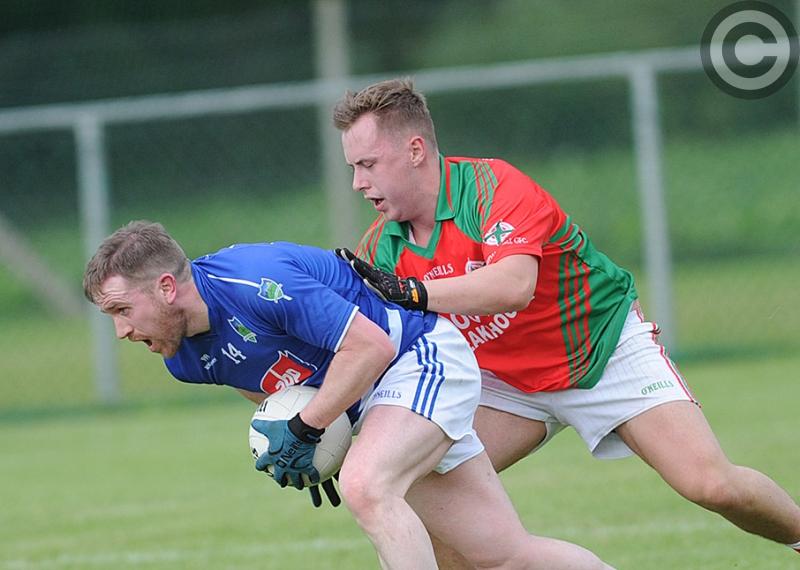 If ever there was a tie that was destined to be drawn out of the hat, this was it. Roche and the Sean McDermotts have grown accustomed to facing each other since the Rathduff men first returned to the junior ranks, via the league, in 2013.

There have been eight meetings of the teams since then, with Roche winning all but one of them. Their single reverse was in the 2013 Kevin Mullen Shield final where the Seans scored five goals in claiming the silverware.

The most recent meeting also came in the subsidiary competition where a late penalty goal from Barry O’Hare helped Roche over the semi-final hurdle after a fiercely contested battle.

A potential tie of the round lies in wait.

If the Lannléire vs Westerns game looks difficult to call, this looks the easiest. There could lie the Malachi’s motivation though, as nobody is giving them a chance against the highest ranked side in the Junior Football Championship.

Glen Emmets, beaten finalist 12 months ago, enter the knockout stage on the back of comfortable wins over Stabannon Parnells and Cuchulainn Gaels.

Seán Byrne, James Butler and Ronan Grufferty were instrumental to those victories and if Emmets are to atone for last year’s final flop against St. Kevin’s, their showings will be key. With their Division Two status almost secured, despite a downturn in form, Kevin Barry’s men have been able to concentrate all their efforts on the championship.

The losses of Conor Grimes and Rúairí O’Neill from last year’s panel clearly weakens them, though Emmets still look the strongest team in the competition. They should overcome the Mals as a result.