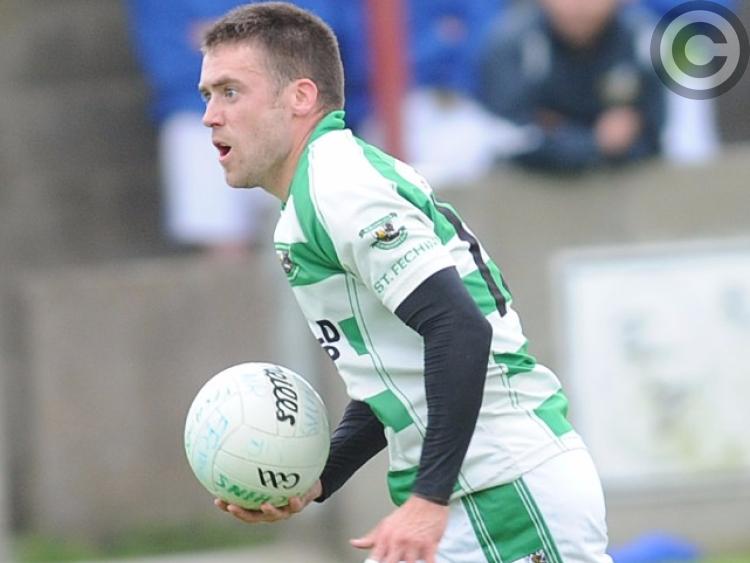 St. Mochta's held their nerve best on Saturday evening to take their place in the Louth Intermediate Championship quarter-finals at the expense of a wasteful St. Fechin’s side.

The knockout feel to the final group game added to the pressure, but the Louth Village men dealt with the circumstances better and put together a tidy performance while doing so.

St. Fechin’s, on the other hand, firmly pressed the self-destruct button, bore out of pure frustration. They simply could not come to grips with their opponent’s defensive system, led by sweeper Liam McGranaghan and the excellent David Lennon.

Midway through the second-half it all came to a head for the Seasiders. An uncharacteristic red-card for Bevan Duffy got the ugly ball rolling after he lashed out at county companion Darren McMahon.

Duffy's brother, Eoghan, was then black-carded in the next play and in the midst of this indiscipline, goalkeeper Paul King blizzardly saw the line too for dissent towards linesman Stephen Murphy.

To compound matters further, the Fechin’s now had to sacrifice an outfield player, Colm O'Neill, for a replacement net-minder.

So, within a manner of minutes, they lost over a fifth of their starting team - not to mention their composure - from pure indiscipline. It would ultimately prove costly.

All in all, it was a night to forget for Niall Callan and Vincent Haughney's side.

Declan Byrne was the focal point on the edge of the square that the South-Louth side badly needed but were denied due to Ronan Holdcroft unable to start with injury.

Byrne gave purpose and direction to Ciaran Mark's troops, but most importantly, he provided scores seven in all including all five of their first-half points.

The Termonfeckin outfit were the opposite and they looked rather disjointed in forcing several wides from a stifling defensive display. When they did break the line, Brian Devlin pulled a glorious goal chance wide as their frustration continued to build.

Pacey wing-forward Stephen McCooey then broke through the Fechins’ rear-guard to blast a goal, to give them an unassailable six-point lead at the break; 1-5 to 0-2.

When introduced, Holdcroft added some much-needed drive to the Hoops’ cause. O'Neill and Jamie King both punched points to eat into the lead before their impending implosion.

St. Mochta’s Philly Englishby punched a point for himself and McCooey seized the moment also, to help himself to another goal and put the game beyond doubt with a low finish.

To their credit, the 13 men of St. Fechin’s came back into the game, hitting five on the trot through Niall Devlin (two) Joe Corrigan (free) and Holcroft.

At the death, Holcroft somehow managed to score a goal from a free with 12 Mochta's players on the line. The margin of three at the end left the Fechins thinking, what if, as the Louth Village natives took their place in the quarter-finals.