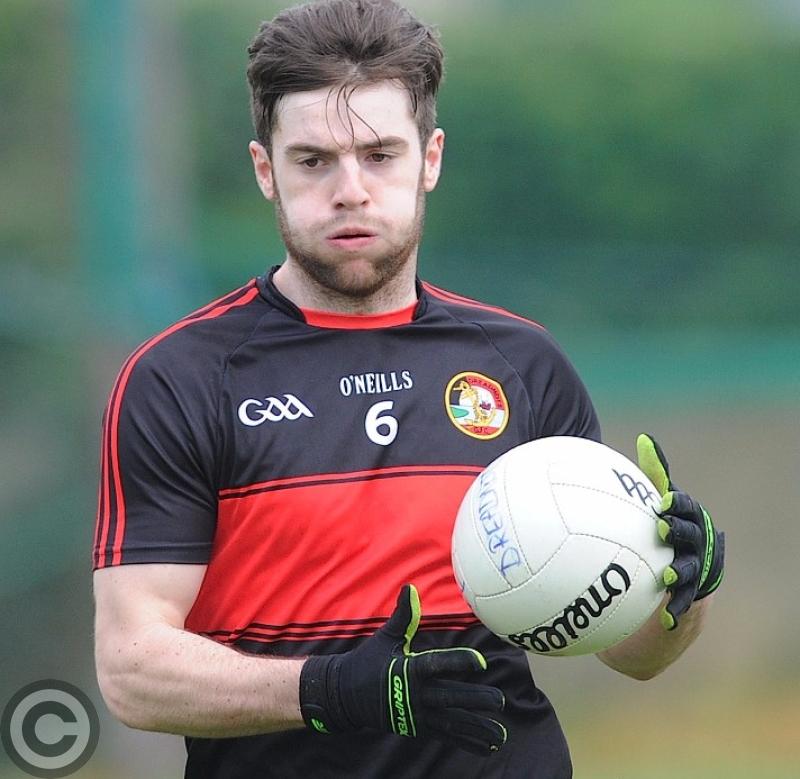 Dermot Campbell helped himself to a point. (Pic: Arthur Kinahan)

The Dreadnots haven't gone away you know. Colm Donnelly's men showed no mercy to Kilkerley Emmets in Stabannon on Saturday night as they sent Emmets packing from the championship.

The manner of their performance and ruthless execution of the Emmets, at both ends of the field, serves as a healthy reminder to everyone in the county that when on song the Dreadnots will take serious stopping.

Kilkerley midfielder James Shields didn't help matters for Gavin Cummiskey's side with a sending off before half-time for two yellow cards. However, they were well cooked by then.

And not to mention, the Dreadnots will also have county star Anthony Williams returning to their set up for the quarter-finals.

Páraic Smith’s class told in the tense opening quarter-hour as he kicked Clogher's opening four-points, with his first being one of real quality.

Shane Lennon and Tadhg McEneaney kept the North-Louth side in touch from placed-kicks, but they found scoring a lot tougher than their opponents.

In fact, it took them two minutes into the second-half to get a score from play, via Lennon.

Dreadnots rattled off four-points in a row before Shields’ sending off with Barry Faulkner, James Califf (two) and Pat Lynch finding range.

Thus, the second-half was deemed a meaningless affair in a matter of minutes as the Dreadnots hit 1-4 to no reply.

Cian McEvoy scorched through the centre to kick the point of the game and soon after, Liam Shevlin found the net.

Ciarán Clarke and Seán Hand registered points but that was as good as it got for the 2015 Intermediate winners.

Another blitz from the Dreadnots saw each of their forwards register a score while Emmets were held scoreless for 13 minutes.

Pat Lynch bagged a trademark goal after a fine solo run and Peter Kirwan grew into proceedings during this period.

Confidence will be high in Clogherhead, but can they bring that level of performance against a top seed in the quarters?