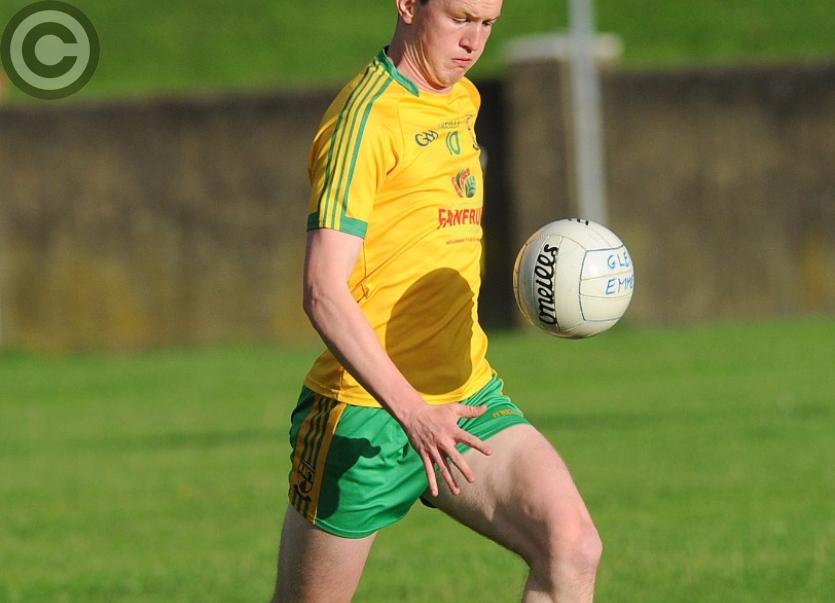 Stabannon Parnells are through to the knockout stages of the Junior Football Championship as Group One runners-up following a comfortable 26-point victory over Cuchulainn Gaels in Louth Village on Friday evening.

Ollie McDonnell’s charges were helped in no small part by first-half goals from Daniel Bannon, Niall Cluskey and Dean Lynch which set them on their way to 3-6 to 0-4 points lead at the break. Aonghus Giggins also played a big part in this victory, kicking 0-8 over the hour.

Parnells led by 1-4 to 0-2 points inside 15 minutes. Shane Sweeney got the ball rolling before Giggins and Cian McDonald traded scores. Two more Giggins points made it 0-4 to 0-1 in Stabannon’s favour before David Cluskey set-up Bannon for his goal. Cluskey was then fouled moments later which resulted in brother Niall converting a penalty to give Stabannon a commanding lead.

McDonald and Rammie Phillips kept Parnells honest at least, but a further 1-2 before the break put Stabannon firmly in the driving seat.

Giggins scored from play at the start of the second-half before David Cluskey and Lynch again combined for the latter to grab Stabannon’s fourth major. Kieran McAteer scored Gaels’ one and only point of the second-half having been set up by the hard-working McDonald. Gaels only created nine scoring chances in the whole match which shows how much pressure David Thornton’s side were under.

Stabannon pressed on and scored 1-8 from the 37th minute to full-time with three of the points coming from Giggins along with a further 1-1 from the excellent David Cluskey.