Smith sets the Tone against Mitchels 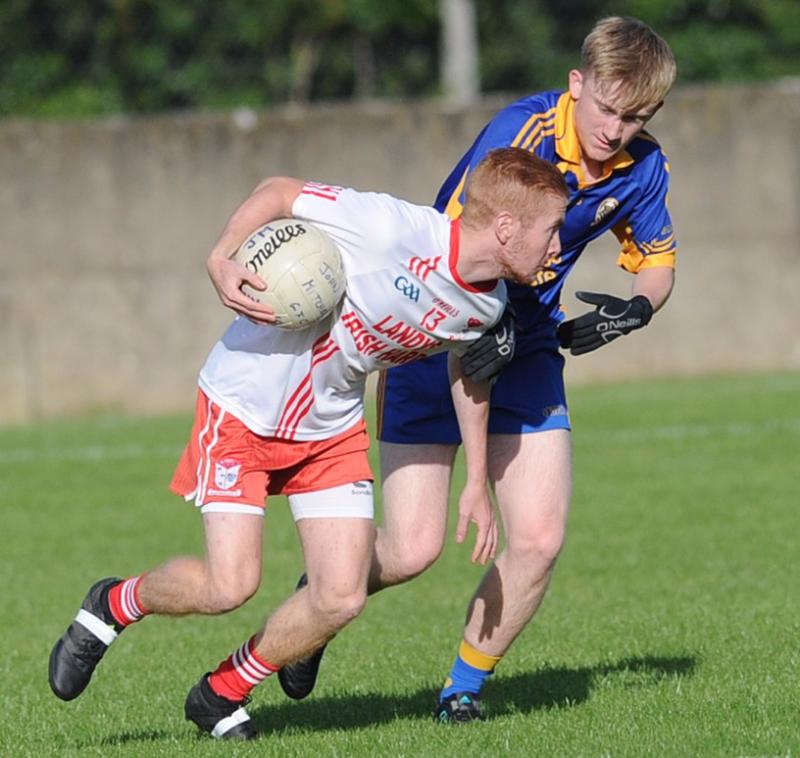 The Wolfe Tones caused the surprise of the Junior Championship to date in comprehensively defeating the John Mitchels in Louth Village on Friday night.

Ultimately, the result was not enough for the Drogheda men to progress from the group stage, though they were full value for this victory.

As Pat Spillane would say they “put the foot back into football” as their kick passing, especially into a dangerous inside line was exceptional. Players like Marc Lugoye (brother of Gideon) and Eoghan O’Shea also deserve a mention for their exploits in defence.

The Mitchels badly missed the presence of their injured captain Emmet Farrell in defence while county minor star John Gallagher was an unused substitute.

The Tones made very good use of the wind in the first-half as they scored the opening two-points of the game through Gideon Lugoye and Niall Smith before a scrappy goal from the Mitchel’s Mikey Nulty put his side ahead.

The Wolfe Tones refused to let that phase them, as they scored six out of the next eight points to lead by 0-8 to 1-2 after 20 minutes,

Just after the restart, Tones keeper Chris Eustace denied Ben O’Brien before the Tones pressed on and scored three out of the next four points through Smith (frees) to lead by seven again. A superb goal followed from Smith as the Drogheda men claimed an unlikely victory.