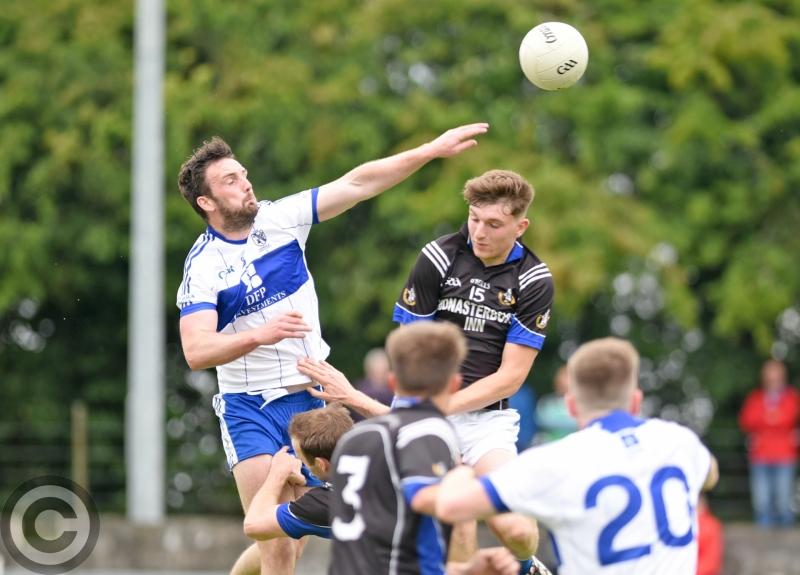 Heavy metal football. That's the brand of football Naomh Máirtín introduced to the Senior Championship at the Grove on Saturday night .

Both brave and noisy, the Monasterboice men accounted for Dundalk Gaels, who came into the game with the comfort of a win under their belts.

It was attack, attack, attack from Jim Farrell's men almost from the throw-in. Their commitment to offence was clear to see and were rewarded for that bravery with a much-deserved six-point win.

They scored three goals in the opening 12 minutes with the Gaels, who pride themselves on miserly defending, being visibly dazed from the rapidity of the blitz.

The first saw Conor Healy take off on a solo run up the left wing, navigating around the Gaels defensive phalanx before his surge ended with a low shot to the net.

Stephen Campbell, their lively half-forward, added a second major from close range having been delightfully set up by JP Rooney and Pádraig McDonagh as good as finished the contest with a third goal, having soloed into range from a long way out before shooting to the top-corner.

Malachy O’Rourke’s troops now had to abandon their defensive regime and commit to attack themselves. Seán McCann and Éanna McArdle reduced the deficit from dead-balls, and the margin could well have been less only for Craig Lynch’s excellent reflexes.

The Jocks led 3-7 to 0-8 at the break. A manageable scoreline had the Gaels kept themselves defensively tight at the start of the second-half, but they failed to do so as Conor Whelan whipped over a fine point prior to Campbell picking his spot in the Gaels net for a second time to put the game firmly out of the Dundalk men's sight.

Derek Crilly’s introduction at half-time was the driving force the Gaels required. Finally coming to their senses, the Ramparts men stormed into the game, especially in the last quarter, running hard down the centre of the Máirtín's defence. Barry Watters and Crilly himself bagged majors and made their supporters giddy for a brief moment.

Sam Mulroy’s growing influence in the game meant the Jocks were never going to lose the game, but it made Lynch’s first-half saves all the more significant.

The Máirtín's have set the tempo high and if they can sustain it; go out and get your ticket to their next concert soon. It's liable to produce more fireworks.