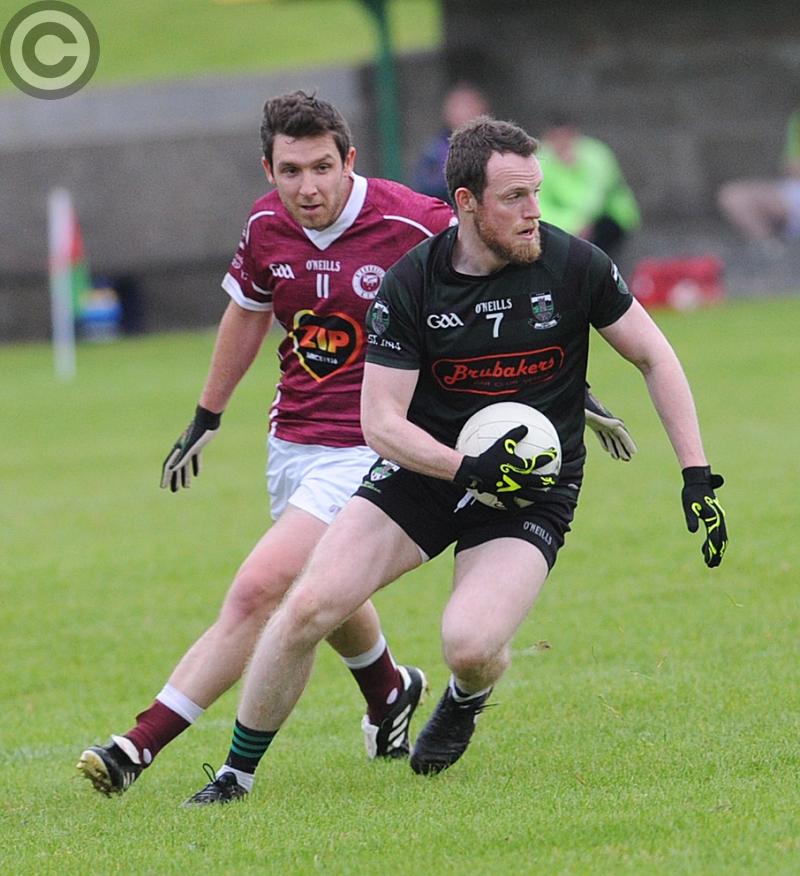 Two goals in the opening five-minutes of play ensured the O’Connell’s won for the second week in succession at Dowdallshill on Friday night.

Stuart Osbourne and Conor McGill were the goalscorers for Paddy Bates’ men who capitalised on poor defending from the Irelanders to race into a comfortable lead in the early stages of the game.

The Dundalk men showed battling qualities and came back into contention courtesy of a cracking goal from Cian O’Nairaigh midway through the first-half, as Kieran Maguire’s team recovered from six-points down to trail by the minimum at the break.

Having begun the game so well, the O’Connell’s failed to score from the 14th to the 33rd minute of play as the Irelanders posted four-points on the trot either side of half-time with Dean Maguire and Dermot Mone among those to find their range from play.

Indiscipline plagued the second-half with the ‘Bellingham men having both McGill and Dean Stanfield black-carded before the Irelanders were reduced a man after substitute Johnny Breen was handed a straight red-card for lashing out after the ball had gone, despite having only entered the fray seven-minutes earlier.

The pace of the game slowed down towards the close as the teams visibly tired, however, it was the O’Connell’s who always looked the likelier winners especially after the inspirational Jackie Agnew stroked over two-points of the highest calibre at crucial stages of the final-quarter.

While Osbourne remained dead-eyed from placed-kicks in bringing his night’s tally to 1-6 with the final score of the game.