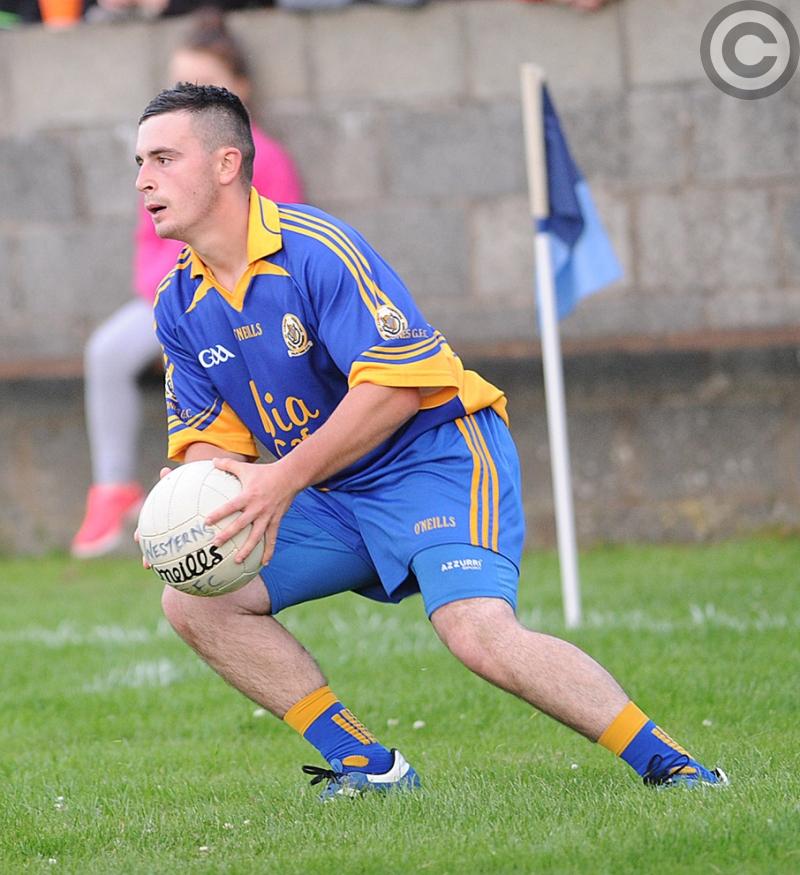 Jamie McCormack was in action for the Tones last night. (Pic: Arthur Kinahan)

Sean McDermotts realigned their Championship hopes with a convincing win over the Wolfe Tones on Thursday night.

The battle at the edge of the square in windy Stabannon was worth the entrance fee alone. Although, Tony Kelly got 1-2 in the first-half, his battle with Paddy Fanning was fascinating with Tones defender, Fanning, giving an exhibition of full back play.

The McDermotts went in 1-5 to 0-2 ahead at the break with the mid-Louth side noticeably stronger than their Drogheda opponents in contact, and it proved the difference as the game wore on.

Lorcan Myles came out the field to score two fine points and substitute Kevin Carroll punched a goal to effectively end the game as a contest before Gideon Lugoye notched a few consolation frees for the Tones. There was even time for McDermotts veteran Brendan McGahon to come to the fore for a 34th championship season as a late substitute.

He is back...Brendan McGahon comes on for the Sean McDermotts in tonight's Championship v Wolfe Tones pic.twitter.com/B6Z9DXHHrQ

With one group game to go, the Seans have made it all to play for.