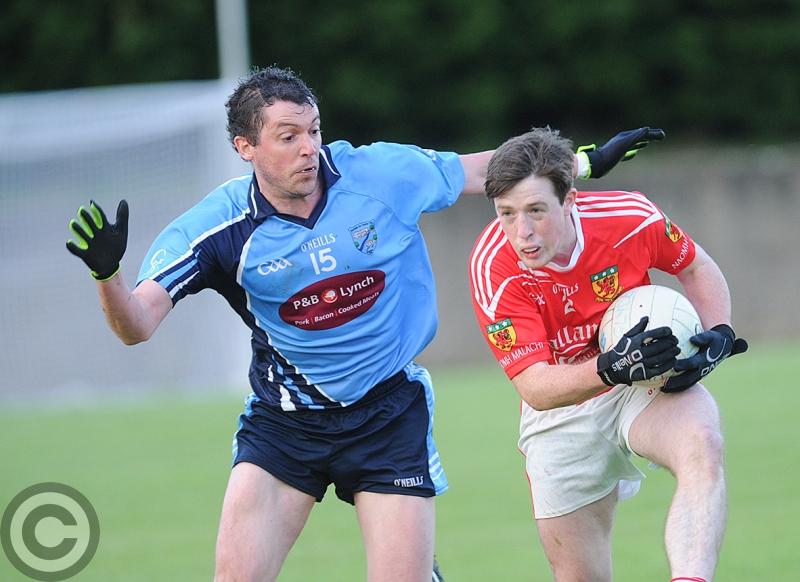 Glyde did what they had to do in seeing off Naomh Malachi with the minimum of fuss in Louth Village on Thursday night.

The Tallanstown men never looked in trouble as they led from start-to-finish, including posting the first six-points of the match with Niall Sharkey, Trevor O’Brien and Brian Duffy scoring a brace apiece.

It took Naomh Malachi 19 minutes to find their range with a nice point from Shane Rogers being followed by another long-range strike from Pierce Caherty.

‘Rangers led 0-10 to two at the turnaround despite not reaching their optimum performance levels, while they also had Conor Sheridan sent-off on a second bookable offence before half-time.

Peter McShane ensured the numbers were evened up in the second-half though with the Mals wing-back having been shown a red-card for a late challenge.

Gavin Duffy’s goal put whatever comeback aspirations the Shelagh men had to sleep with a fine individual goal after 43 minutes. Ronan Greene did pull a goal back for the Mals from the penalty spot, after a mistake by Glyde keeper David Brennan, but late points from the impressive Sharkey and sub John Myles rubber-stamped a comfortable win for the Sky Blues.