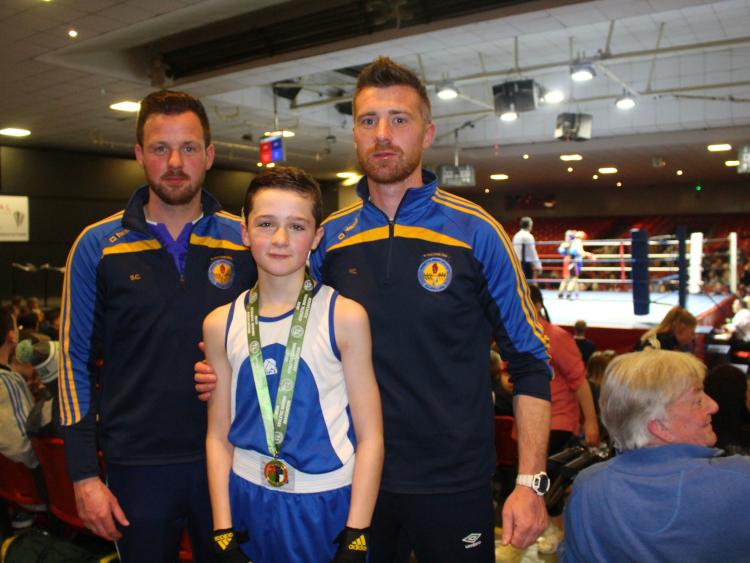 Gary Óg won his Ulster title at the start of April to qualify for the National Championships in the National Stadium over the Easter holidays.

His final was his third match of the week, after winning his Quarter-finals and Semi-final earlier in the week.

This is Gary's first year of competitive boxing and it is a credit to him and his trainers, Seán, Hugh Óg and Gary Conway for getting him to a National final already.