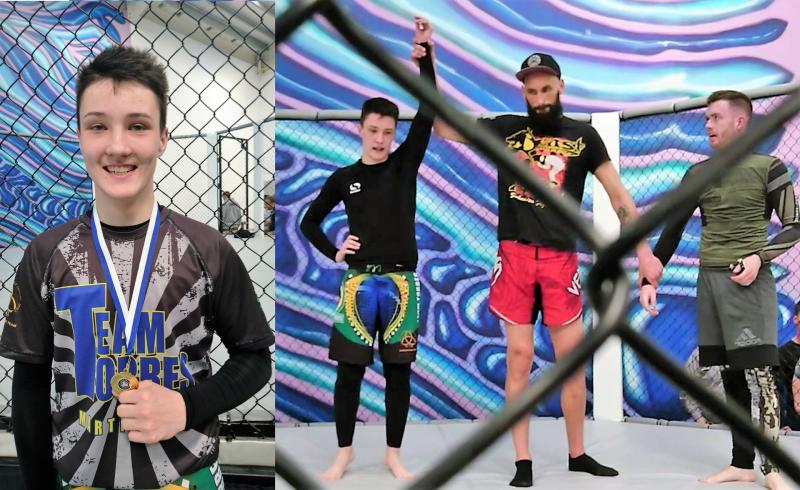 Team Torres Brazilian Jiu Jitsu student Martin O'Donnachada did his club and town proud when he made the trek down to Portarlington in Laois to represent Dundalk in the Midlands Open NoGi Submission Competition, which was organised by Professional MMA fighter Philip 'The Honey Badger' Mulpeter.

Having registered for the Teenage section he arrived to find that his Dublin opponent was a no-show, so even though he only recently turned 16 years of age he requested to enter the Adult section instead and the event organiser thankfully obliged.

Martin had two fights en-route to claiming the top podium position and securing a gold medal in the Adult Under-75Kg division.

First up he faced off against a 28 year old Dublin opponent who was being coached by former UFC fighter Paddy 'The Hooligan' O'Holohan.

Martin dominated the fight from the opening seconds and dispatched his opponent in a little over 3 minutes, which allowed him to progress to the final where he faced a 23 year old fighter from an Athlone MMA club with Martin winning in extra time to secure a much deserved Gold Medal.

Team Torres provide Beginner Classes every Monday and Thursday at 6:30pm, check out their Facebook page DundalkTorres for more details.