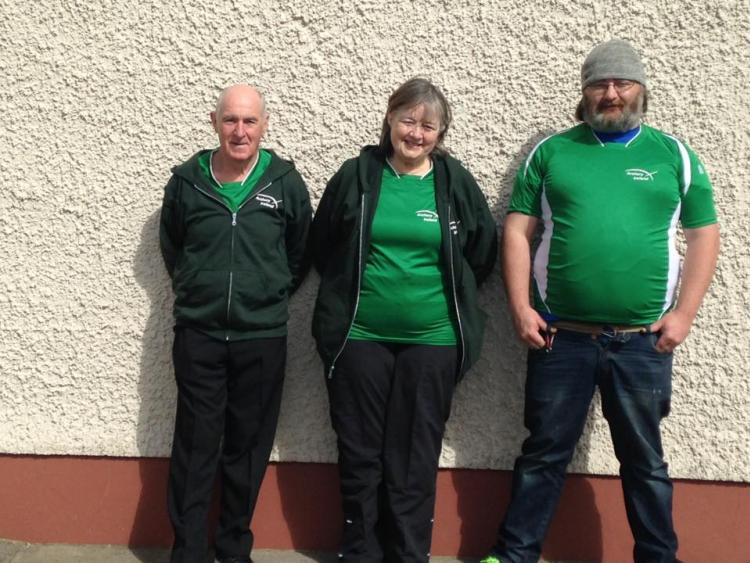 Sunday saw the departure of some of CúChulainn Archers finest members to literally the other side of the world in order to compete in the Worlds Masters Games in Auckland, New Zealand.

The Worlds Masters Games were set up in 1995 to provide international multi-sports events for mature sports men and women, the 3 archers travelling will be away for 3 weeks, so more of them and their progress next week.

While the Cat was away, the rest of the club gathered like mice around the chocolate during a fun easter egg shoot (have-a-go event) down at Butterleys Sports bar, Irish Street, Ardee on Monday. The small "field" shoot started normal enough for the new club members, to acclimitise to shooting outdoors in the elements. Split into small groups, the archers shot their 3 arrows at various distances until they'd each visited each target once.

For round 2, the fun began, suddenly obstacles obstructed view, archers had to kneel down for some targets or stand on platforms to shoot down at others, still everyone enjoyed this element. Round 3, 3 arrows to burst one balloon containing a bag of chocolate treats. Chocolate medals were finally awarded on the most ridiculous reasons imaginable from best hat, to best spectator, to best driver. The day finished up with a treat of pizza and chips, and although the fun was declared officially over, everyone stayed on to practice more arrows.

James Moloney missed the fun day and instead headed to Scotland for a 3D shoot, he reported back "Over in Scotland at the Border Archery 3D Easter shoot. Scored 820 yesterday and 805 today for a total of 1,625. The winning total for barebow was 1,735.

"Not sure where I finished up in end, I was fourth after the first days shooting, I'll find out where I placed overall when all the scores are posted online. 100 3D targets a day, an archery marathon but brilliant fun. Onwards and upwards"