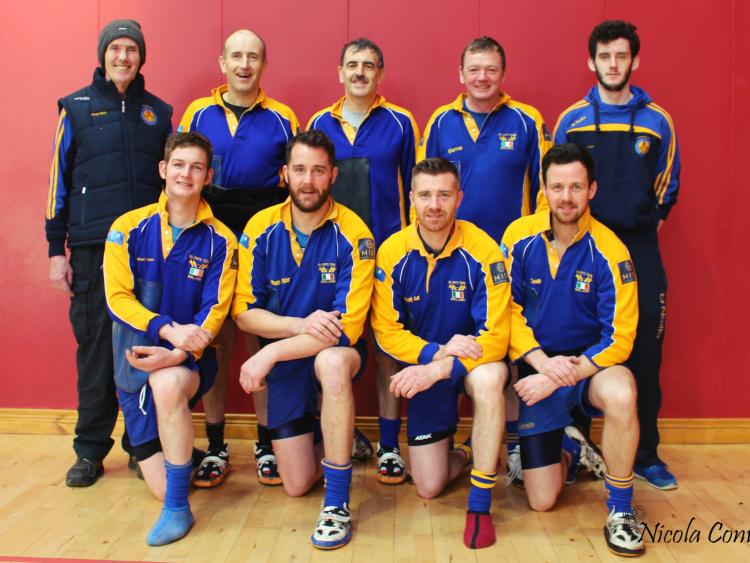 The four previous national senior men’s weight categories had been completed over four Sundays at the end of 2016 with St Pat's taking gold and the national title in all four, so the expectations and pressure were high on the squad who made the trip up to the Inishowen peninsula looking to finish the job and retain their national 560kg title.

In order to make the weight, St Pat's took the option of fielding a seven-man team rather than the usual eight-man team for the 560kg.

Disaster struck after their Saturday evening weigh-in when their anchorman, PJ Griffin, sustained a back injury and was unable to compete in the championship. Tommy Griffin replaced him with Seán Conway moving from his usual position out-the-rope into the anchor before starting the competition.

As often happens in the lightest of the men’s weight categories, the entry for the national 560kg was smaller than in the previous events with just four teams competing for the title: St Pat's, Clonmany, Carndonagh and Gort .

Neither of the Co Louth team, Mountain View; who St Pat's defeated the previous year to take the nor Cuan Rithe from Cork were present – which was a disappointment given both teams are to represent Ireland in the forthcoming British and Irish Championships in Mayo.

As expected, St Pat's easily powered through the round-robin section the table with the Longford team, Gort Cloiche taking the unenviable fourth place, setting up a semi-final against the holders.

St Pat's won their semi-final quickly to book the first place in the final and after a fierce battle between the Donegal teams in the other semi-final, they were joined in the final by Carndonagh.

The final between St Pat's and Carndonagh was a brief affair, with St Pat's taking two ends straight in jig time, securing them the national 560kg championship - which they added to their previous four eight-a-side national senior titles this year - and completing a clean sweep of the five eight-a-side senior titles up for grabs.

There was no time for relaxing, however. After their 560kg victory, St Pat's were back into the fray for the Open Men’s 640kg competition that was also being contested in Buncrana.

Again, St Pat's progressed through the competition without dropping an end to their second gold of the day by defeating Clonmany in the final.

So ends the 2016/17 National Indoor National Championships with St Pat's taking gold in every competition they competed in.

This is a wonderful achievement and a credit to the hard work and dedication of the squad and their coaches. Next up for the club is the British and Irish Indoor TOW Championships which will be held in Breaffy House in Mayo in mid-February.