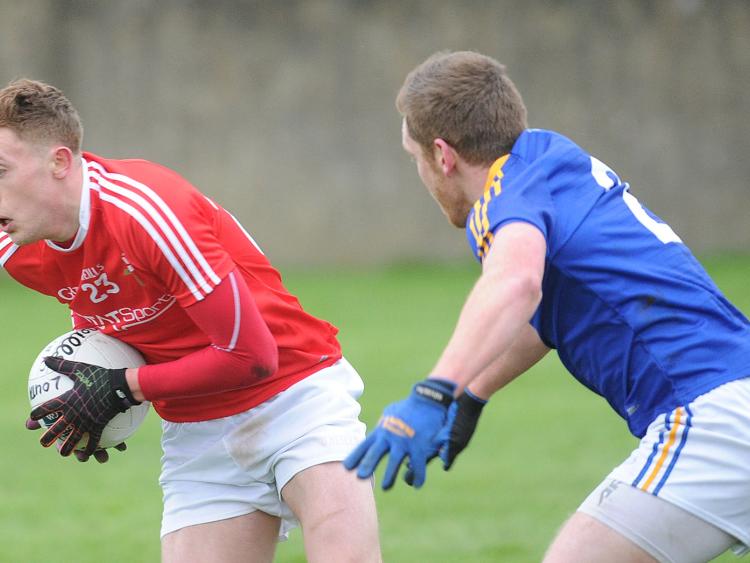 Derek Maguire conceded that Louth made it hard for themselves against Longford on Sunday but he felt they were still deserved winners.

The Wee County sit on top of Division Three with two wins from two but they were pushed all the way by the Midlanders in Drogheda.

“They got a lot of easy free kicks near the end and the scoreline probably flattered them a bit. We were on top for a lot of the game and the main thing is that we closed it out well.

“The lads worked hard,” he continued. “We dug deep and we got the two points and that was the plan at the start of the game. We're top of the league and we couldn't ask for anything better,” he enthused.

The honesty that runs through this Louth side is evident from the Young Irelands man. Despite scoring the point of the game, Maguire chose to focus on one that he missed.

“When a gap opens you are going to go forward,” he said. “I missed a handy chance at the end against the breeze to put four in it and instead they went down and scored a point to leave two in it.

“I could have closed the game out but in the end, we got there and we have to look at the positives.”

While they ran out 12-point winners against Laois in their opening game, there was very little margin for error for Louth on Sunday. Two contrasting scorelines maybe, but Maguire feels the performance levels were similar.

“I wouldn't say there was a huge contrast in performances,” he stated. “Laois probably threw in the towel in the second half and as you can see Longford didn’t.

“They dug deep and they are a quality team. We knew that. They beat Down and Monaghan last year so that obviously has a lot to be said for. We knew it wouldn't be easy.”

Louth’s next game - an away trip to Offaly - doesn’t come around until Sunday week and Maguire said there were pluses and minuses about having a weekend without a competitive fixture.

“When you get a break sometimes the intensity can drop off,” he said. “It was great to have a game every weekend because it meant you weren't busted in training.

“You could concentrate on ball skills rather than fitness because the fitness was coming from the games. I suppose we’ll do a bit of fitness work next week and then we’ll be back at it again the week after and it’ll be all guns blazing for Offaly.

“We're getting there,” he added. “I'm not going to say the big ‘P’ word, promotion, but we're going to try to win every game as they come. Offaly is up next and that is all we are thinking about now.”