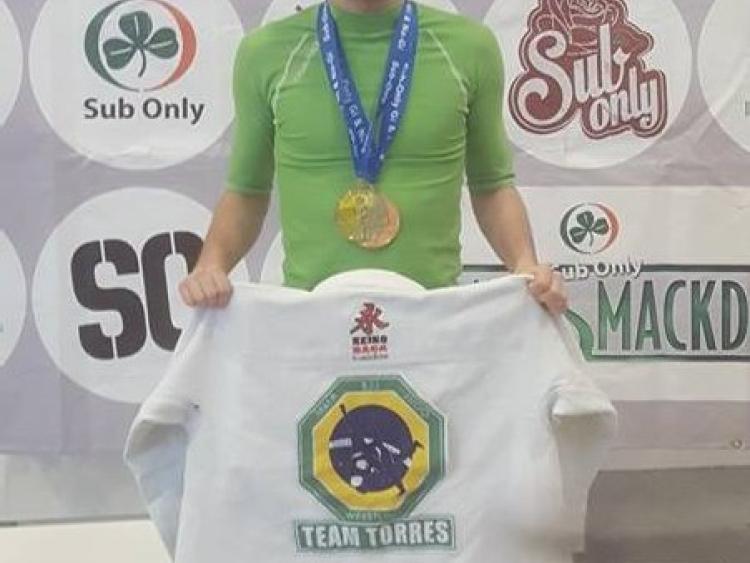 Taking part in his first competition of the year, Andrew McGahon of Dundalk Team Torres represented the local club with honour when he took second place in the NoGI section and third in the GI section at Sub Only in Dublin at the weekend.

First up for Andrew was the GI section where he submitted his first two opponents in devastating fashion with ‘Bow and Arrow’ chokes before narrowly losing the semi-finals on points.

He then showed his versatility and hunger to test his undoubted skills by entering the NoGI section where he went one step further, defeating his first opponent with an armbar within 90 seconds and the next opponent within extra time to reach the finals.

Despite clearly dominating the action, Andrew was unlucky in the final minute of the 10 minute bout to be caught with a nasty face crank and rather than just gritting his teeth and riding it out to claim gold, he adopted the prudent course of staying injury free for future competitions and wisely settled for silver.

Team Torres has recently commenced beginner classes in the Dundalk Combat Academy on Mondays and Thursdays at 6:30pm. For anyone interested in learning the 'Gentle Art', you can find out more details on the club’s Facebook page Dundalk Torres.