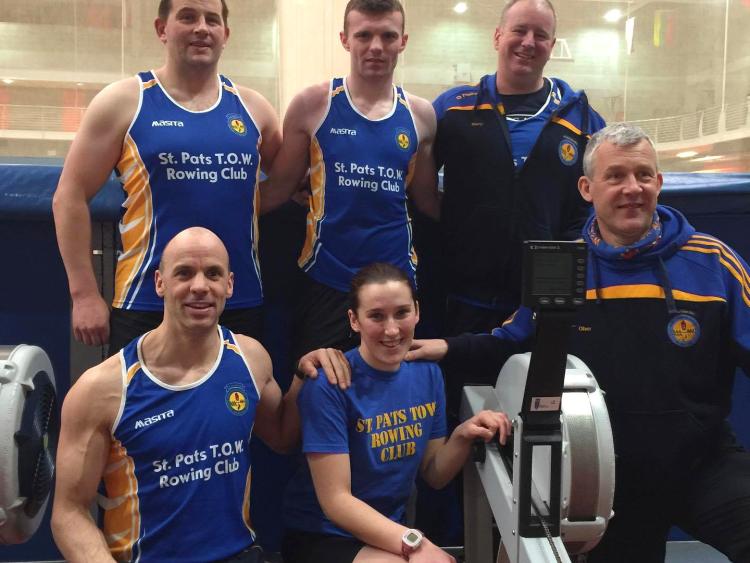 The St Pat’s rowing team made the trek to the University of Limerick to compete in the Irish Indoor Rowing Championships recently.

The club put in a great performance at the provincials just before Christmas and, despite missing a few their top rowers due to tug-of-war commitments, they arrived in Limerick hoping to better their medal haul.

To add to the excitement of the occasion itself, Olympic rowing heroes Paul and Gary O’Donovan were also competing at the event.

The St Pat's team that travelled was made up of Oliver Short, Barry Murphy, Siobhán Gallagher, Shane McEnteggart, Ronan Brennan and Kenny Dorian, the latter competing in his first national event.

First up was Oliver Short in the Men 55-59 1000m and, after a massive battle in which 0.3 of a second covered the first four rowers, Oliver was very pleased to take the bronze medal in a season’s best of 3:15.40.

Shane McEnteggart, who won his provincial gold medal six weeks earlier, went one better and took the national gold medal in the Lightweight Men Open 500m in a time of 1.29.10.

The next rowers on the firing line were Ronan Brennan, Barry Murphy and Kenny Dorian, all competing in their respective 500m.

Last up was Siobhán Gallagher in the Lightweight Women’s 500m where she had a fantastic row to take the gold medal in a time of 1.46.90.

This completed a very successful national championship for the club, prompting the competition organiser, Joe Cantillon, to compliment St Pat’s on a truly remarkable performance against the top rowing clubs in Ireland.