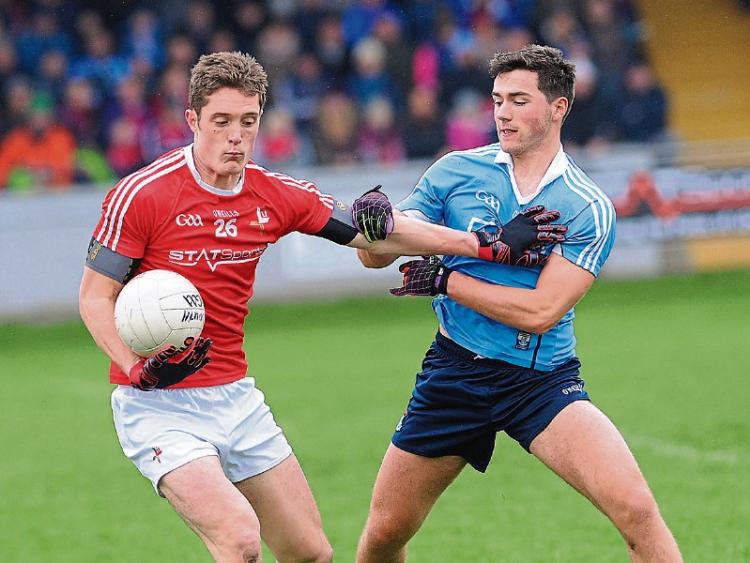 With so much focus on the O’Byrne Cup, you could be forgiven if you have the feeling the National League snuck up on you.

With January coming to an end, the competition has been very much forgotten about.

Despite losing the showpiece, the run in the early season competition should stand Colin Kelly in good stead. The Louth manager’s focus on Laois throughout the crusade never wavered.

Rightly so. The League now represents the only viable quantitative method of measuring progress and success in the modern day GAA landscape.

Already bolstered by the return of Derek Crilly, Ronan Carroll, Eoin O’Connor and Andy McDonnell to the inter county fold. The Louth boss has given 37 players game time this season already.

The experimentation unearthed a few youngsters with the potential to see some National league exposure. One of those is Newtown Blues corner back Kevin Carr and he looks a certain starter.

Kelly’s main task now is selecting his best side and cutting his match day panel. Not a bad complaint to have.

Behind the scenes, the departure of last season’s coach Paddy Crozier has seen Colm Nally promoted from goalkeeping coach. The former Louth net minder has been well received by all the players and last week guided St Colmcilles in Meath to the All-Ireland Intermediate club final. Former Louth player Aaron Hoey has replaced Ollie McDonnell as selector also.

Saturday nights hosts Laois were relegated from Division 2 last season and have their sights firmly on promotion. After a dismal season last year, Manager Mick Lillis was seen as the scapegoat and over the winter they recruited Peter Creedon in as new manager.

Wee county supporters will remember Creedon as the man at the helm of the Tipperary side that demolished Louth in the qualifiers by 23 points in Thurles.

The expected honeymoon period aside, Creedon has been taken to warmly by the county and the players in his first year in charge. Taking over not the seniors, but Under 21’s and he even has a view on their minors additionally.

On the field, question marks about talismanic Brendan Quigley fitness will not be known until the whistle blows with varying rumours surrounding the midfielders availability.

One thing for certain is, Laois full back Mark Timmons is out for the entire league. While well known forward Paul Cahillane has decided not to join the panel for 2017.

The midlanders will look to Colm Begley and captain John O’Loughlin for inspiration while up front Gary Walsh and Donie Kingston will be their men to stop.

Laois are very much coming in under the radar, drawing with Meath in the final O’Byrne cup group game denied them a semi final berth against Louth, but by default, Laois bought themselves three weeks vital preparation time.

Louth on the other hand will look to build on early season momentum. Having been relegated from the same division in 2015, Louth will be fully aware of the competitiveness it offers, not to mention the step up from Division 4.

Louth will look to their defensive set up and use their match practice to start the game well and get crucial points on the board as soon as possible, vital for the squads confidence going forward.