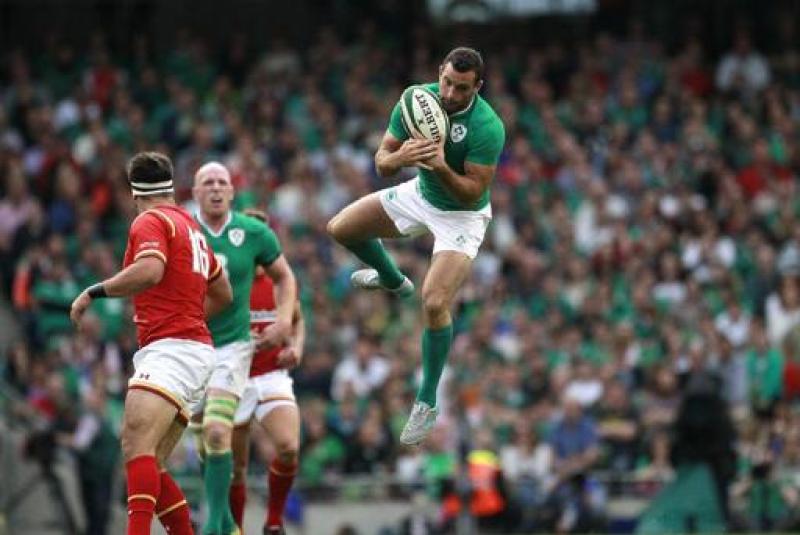 Joe Schmidt has named an unusually large squad, 40-strong, for the opening two rounds of the 2017 RBS Six Nations Championship.

The squad essentially covers all the Irish-qualified Leinster, Munster and Ulster players who were front-line in the European Cup’s rounds Five & Six.

Bordeaux-Begles-based out-half Ian Madigan has also been excluded despite the fact there are only two out-halves, Johnny Sexton and Paddy Jackson.

At the more experienced end Mike Ross and Richardt Strauss have not made the cut despite being involved against Castres last Friday.

Munster back Andrew Conway could earn his first cap for Ireland
Brothers Rory and Niall Scannell and Andrew Conway are the only uncapped players in the squad.

Ireland open their campaign against Scotland in Murrayfield on Saturday 4th February and continue against Italy on Saturday 11th February.

“It has been good to watch the players over the past two months and great to see many of them doing so well,” said Schmidt.

Ireland will host two ‘Open Training’ sessions during the Six Nations with dates to be confirmed in due course.