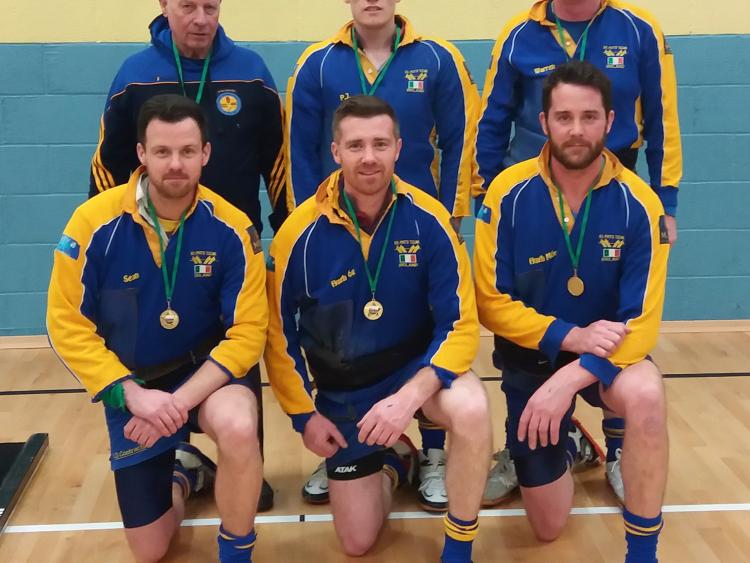 Two five-a-side titles were down for decision at 375kg and 425kg. This was the first competition for St Pat's since the end of November, when they won the National 600kg Championship in Cork.

This competition proved to be a tough test for the St Pat's team, but nonetheless, showing great fighting spirit, they duly won two ends to nil in all pulls to set up a semi-final against Clonmany.

The other semi-final was Mountain View versus Carndonagh, and it was St Pat's and Carndonagh who fought their way through to the final of the 375kg competition. In the final, St Pat's, who were pulling better with every passing end, easily beat Donegal team, Carndonagh to lift the trophy.

Next up was the five-a-side 425kg competition, and here the St Pat's team was Gary Conway, Hugh Óg Conway, Seán Conway, PJ Griffin and Warren Conway.

Their opposition was Mountain View, Clonmany, Gort , Carndonagh, Country Club and Cuan Rithe. This competition was pulled, once again, on a round-robin basis – meaning every team pulled against all other teams in the competition with the top four teams proceeding to the semi-final.

After a gruelling competition, St Pat's faced Clonmany in the final, winning easily by two straight ends to make it a clean sweep for the club in all the competitions for the day.

Next up is the National Indoor 560kg Championship, the last national championship of the season. Having taken the four previous nationals contested – 720kg, 680kg, 640kg and 600kg – St Pat’s will travel once again to Donegal, hoping to make it a full complement of national titles this season.