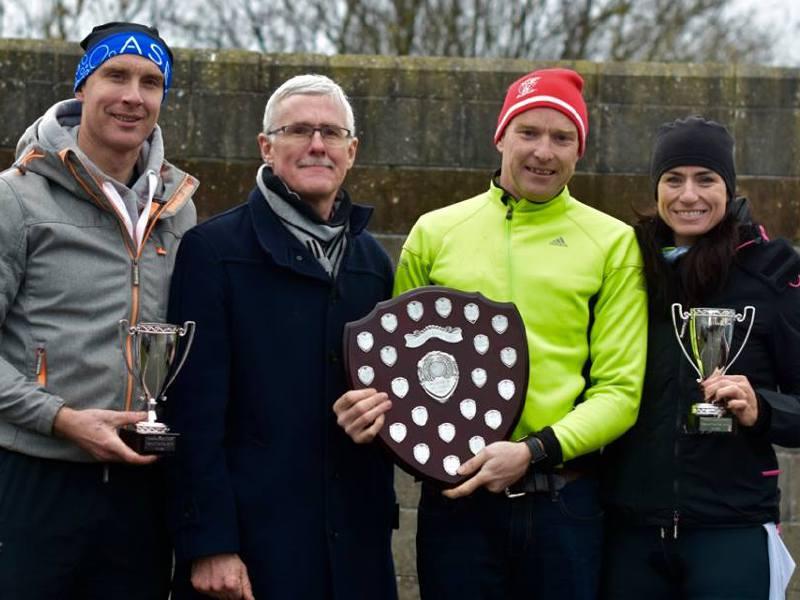 The event, sponsored by Carrick Cycles of Carrickmacross, attracted almost 50 riders to a new 12km course which used the link road from Dorian's Pub across to Ardee and back again. A relatively mild, though windy day, greeted the cyclists on the final day of 2016.

This being a race against the clock, all manner of space age bikes and wind cheating clothes were on display. Barry Rogers, in particular, adopted an unusual choice of attire for the event, which added to the festive atmosphere.

Neill Delahaye, of Team Asea Wheelworx, was quickest on the day, coming home in a time of 15:24. Neill was second last year so was delighted to have made the top spot on the podium.

Second place, exactly 20 seconds behind Delahaye, was Cuchulainn's Liam Dolan. Third place went to Martin Colgan of Armagh Down CC in a time of 16:16.

The women's event was once again won in dominating fashion by Eve McCrystal in a time of 16:23, leaving her only seven seconds off the men's podium and good enough for fifth place overall. Sheena Dullaghan was in second place, with Annette Dolan in third.

The club would like to thank all those who turned up to help out on the day.