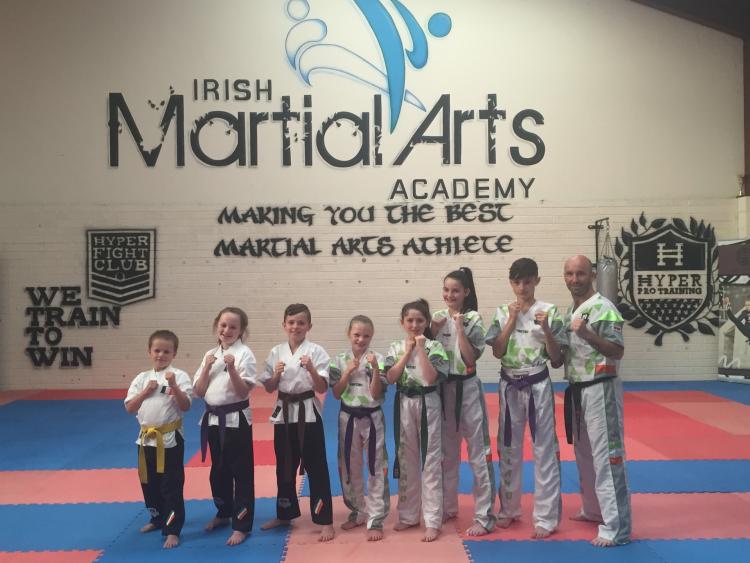 2016 has been a fantastic year of success for the local Irish Martial Arts Academy, not only in the growth but in the success of its students.

At the WAKO World Championships in August, seven of the Academy’s students took to the mats to represent not only the club but Ireland as they took on the world’s best.

In the Musical Forms category, Max Lennon won gold while Aaron Collins won silver in their respective age groups while Cialam Dowdall just lost out on the gold at the last second, taking home a well earned silver.

Aimee Collins, Ciara White, Chloe Boyle and Sarah Brooks didn’t make it to the podium but that didn’t take away from the determination each student showed on the mats, They certainly did the Academy and their country proud.

With a strong team of up to 20 students attending competitions nationwide on a monthly basis, 2016 also saw 10 of the club’s students and their families travel to the UK to attend the Unity World Games where they had tremendous success.

The dedication each student has showing throughout the year has been fantastic, which saw them rewarded at the club’s recent awards evening.

The club have an attractive Christmas offer now available of one  month of unlimited kickboxing, an Academy suit and a first grading with belt and book, all for just €80 (worth €200). This is valid until December 31.

You can find out more information about the Irish Martial Arts Academy on the club’s Facebook page, by dropping into the Academy or by phoning Eamon Lawlor on 0831031445.