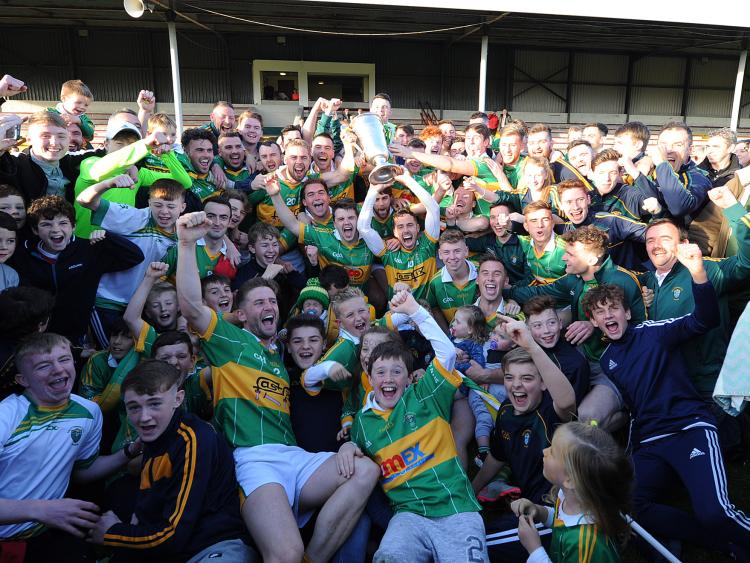 Well, who exactly was Sean O'Mahony, the man who gives his name to the current Louth senior champions?

Inside Track has been doing some research along with others and we think we may have found him.

For starters, our man wasn't a former owner of Tom Clarke's pub, nor did he shovel coal off a boat moored on George’s Quay, or any other of the quays in Dundalk's dockside for that matter.

He took part in the 1916 Rising, and therefore was a rebel, but, not “from Cork”, as O'Mahony's stalwart, Paddy McMahon suggested around the time of this year's county final. Nor had he anything to do with the one after whom Meath's record-setting senior championship winners, Navan O'Mahony's, are named. That was Pierce O'Mahony, a Home Rule MP who represented North Meath in the latter part of the 1880s, and whose name was inherited when the An Uaimh club was reformed in 1948.

Louth's O'Mahony - and we can put it like that because in the mid-1930s there was a club of that name based in Arthurstown, close to Tallanstown - was born, in 1864, in Thomastown, a village that has given Kilkenny some of its finest hurlers.

He was a tea merchant and commercial traveller, heading up John O'Mahony and Co in Middle Abbey Street in Dublin. He later ran Flemings Hotel, on Gardiner Street.

Neither of those distinctions would have been deemed worthy when newly-formed football clubs were deciding on a name; but having first involved himself in local politics, organising for Sinn Fein, and then winning a place on the Dublin Corporation before taking part in the Easter Rising, Sean put himself in the frame along with the others so honoured at the time, the likes of Pearse, McDermott, Clarke and Plunkett.

As for Emmet, Parnell, Tone, Kickham, Davitt, Grattan and Sarsfield: they were by then among established names on fixture lists, with many clubs throughout the country also taking titles such as Red Hands, Raparees, Repealers, Campaigners and so on.

Following the Easter Rising, O'Mahony was jailed in Frongoch, in Wales, and also Lincoln Prison. He would reacquaint with Lincoln in 1917 for his part in the German Plot, and while there was elected a Sinn Fein MP for Fermanagh South in the 1918 general election. Released in 1919, he attended the First Dail that same year.

But he was obviously a watched man. Before 1919 had ended he was arrested at the Sinn Fein offices in Dublin, and was back in an English jail, this time for three months. He would be arrested several times over, picked up while attending Sinn Fein meetings in his hotel.

The general election of 1921 was as a result of the Government of Ireland Act of 1920, and it had O'Mahony elected for Fermanagh and Tyrone, giving him representation in two assemblies, the Southern Ireland House of Commons and the Northern Ireland equivalent. But as Sinn Fein didn't recognise either assembly, he and the other five Sinn Fein TDs continued to attend the Dail.

During the debates on the Anglo-Irish Treaty he opposed ratification of the document, voting against it. He left the Dail along with Eamon de Valera and the other anti-Treaty TDs, and continued as an abstentionist Stormont MP until the general election of 1925.

Following the spilt on the Republican side in 1926, leading to the founding of Fianna Fail, O'Mahony remained with Sinn Fein, serving on the party's Ard Comhairle until his death in 1934.

Back to the football. Known as O'Mahony's winning the junior championship in 1923 and again two years later, the club based in the Quay area didn't affiliate in 1928, but were back in football in 1939, a few months after they'd been re-formed, now carrying the full name of the man who had died four years earlier.

Having done a lot Googling, book-reading and speaking with historians, Inside Track would be disappointed to be told this Sean O'Mahony is not the one that has given his name to the new Louth senior champions.