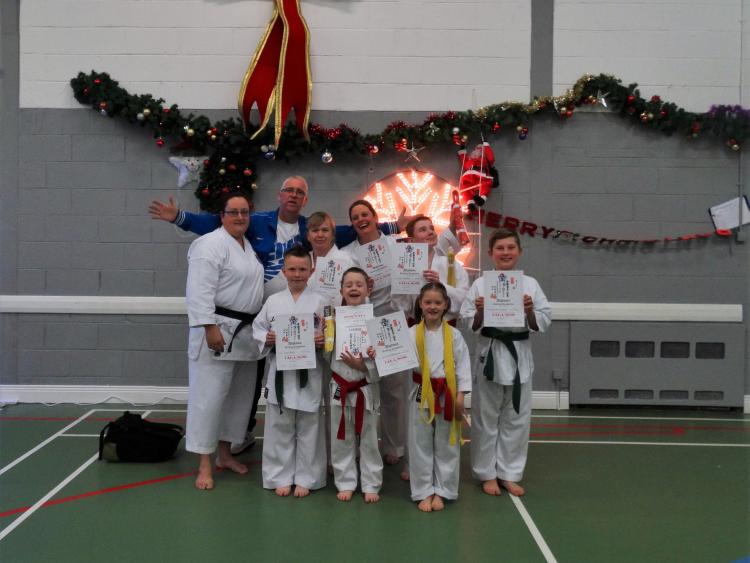 2016 has truly been a very busy year for all members of Dundalk Karate - CIKA Dundalk, and to end the year with a grading is just icing on the cake for all within this thriving local club.

Having establishing the club in the Redeemer Family Resource Centre, Dundalk over three years ago, Sensei Marcus has brought the club from strength to strength.

Marcus went on to also list numerous other opportunities that Dundalk Karate took full advantage of, including training with the coaches of CIKA Ireland and CIKA world coaches such as Sensei Lefevre and Sensei Lurcraft.

They also travelled to Liege, Belgium where they trained with Sensei Lefevre and Sensei Driss El Mannani and also attended numerous seminars where Sensei's such as Sensei Nukina 5th Dan and Sensei Danubio 7th Dan were guest instructors.

Dundalk Karate also invited fellow Sensei's from their sister club in Dublin such as Sensei Hughes 5th Dan and Sensei Nangle 7th Dan for an afternoon full of intensive training for all Dundalk Karate members.

You would think that that would be enough, but with the likes of Master Murray Beatts of Pai Lum Kung Fu visiting Ireland earlier this year he was thrilled with an invite to make a guest appearance at Dundalk Karate's Dojo.

With Christmas only round the corner and with a well deserved break from training scheduled Dundalk Karate are definitely deserving of a rest.

"If 2016 is anything to go by, 2017 is already being planned for with an annual trip to Liege, Belgium in January for Dundalk Karate,” said Sensei Marcus.

If you would like any information on Dundalk Karate - CIKA Dundalk you can contact Sensei Marcus on 086 353 1625, karatequeen@live.com or call into the Redeemer Family Resource Centre any Monday or Thursday evening from 7pm.